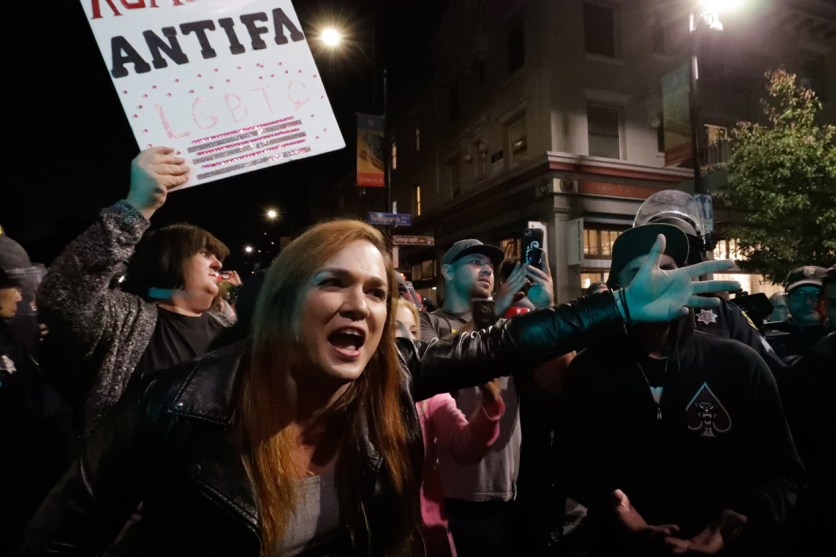 Here’s an article that was posted prominently online today in the Wall Street Journal:

How Antifa Violence Has Split the Left

Broadly labeled antifa, for “antifascist,” such protesters are part of a loose affiliation of far-left groups and individuals who unite around a willingness to confront, sometimes violently, anyone they perceive to be an agent of racism, anti-Semitism or fascism….The antifa tactics are testing the liberal movement that has galvanized in opposition to Mr. Trump—creating a rift among its leaders, organizers and demonstrators about whether to denounce a radical fringe, some of whose antidiscrimination objectives, if not tactics, they share.

I read the entire piece, which was apparently extensively reported since it includes three bylines. The reporters quote one guy you’ve never heard of who credits antifa for rescuing him from an attack by white supremacists. About a thousand words later they note that “some organizers” of a counter-protest in San Francisco last month declined to explicitly condemn “physical confrontations.” However, those same organizers “took to internet message boards to ask protesters not to initiate any violence.”

That’s it. That’s all they could dig up in the way of lefty sympathy for antifa. Every other person they quoted—including every single Democratic politician—offered straightforward condemnation.

So: has antifa really split the left? If by “split,” you mean that the far left disagrees with the mainstream left, just like it always has, then I guess so. By any other measure, though, there appears to be nothing but unity. The vast majority of the left has no use for antifa and no use for violence on city streets. It’s indefensible to suggest otherwise unless you can deliver some real evidence.