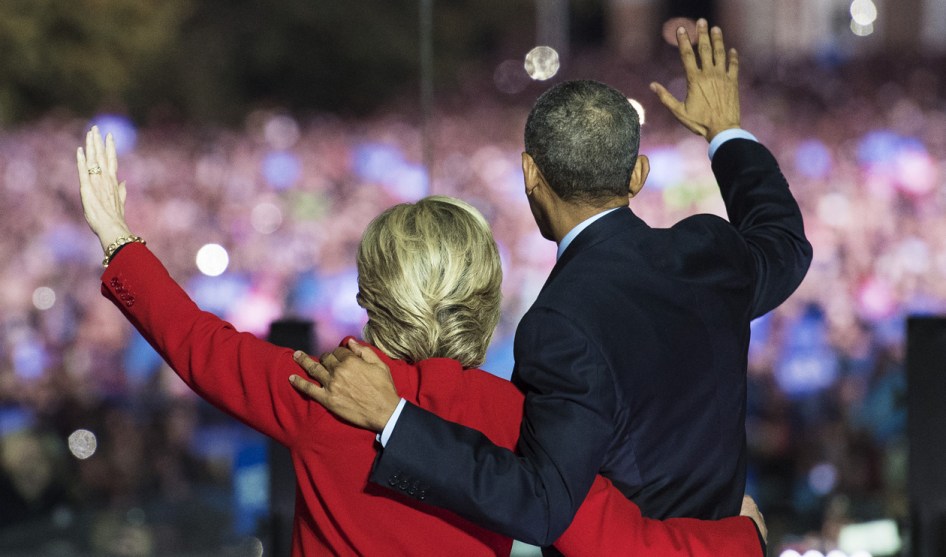 I’m going to replay a Twitter conversation about DACA with Amanda Marcotte from last night. We were talking about Donald Trump’s claim that Obama enacted executive orders with no respect for legal boundaries, and I think it raises an important point:

Marcotte: Trump accusing Obama of overreach is always rooted in a belief Obama was never a rightful president….Obama didn’t win every court case. But the knee-jerk assumption that he acted without regard for the law is so dumb only racism explains it.

Me: No, it’s not the only possible explanation. One alternative is that…Obama is a Democrat….Republicans were complaining about Obama’s lawless executive orders long before Trump came on the scene.

Marcotte: I really think digging one’s heels into the “Trump’s not a racist it MUST be something else” argument is unwise.…First of all, racism is endemic to the GOP. Second, you are conflating cheap point scoring with Trump’s single minded obsession….Third, as Sagittarius points out, Trump’s role as chief birther is the linchpin here. Trump refuses to accept Obama’s legitimacy.

As always, Twitter is a lousy platform for a conversation. This one definitely needs a little more breathing room.

Is Trump a racist? I sure wouldn’t argue otherwise. There’s not much question that he spends a ton of time appealing to racist sentiments, and this means either that he’s a racist himself or that he’s so cynical he doesn’t mind inflaming white racial resentment in order to maintain political support. Frankly, I don’t think there’s enough daylight between those two possibilities to care much about it. Trump is a racist in practice no matter what’s actually rattling around in that gray matter he uses for a brain.

It’s also true that the Republican base is full of racists. Trump wouldn’t bother appealing to white racial resentment if this weren’t the case.

But that doesn’t mean racism is the primary explanation for every bit of opposition to all things Obama. Pretty much every Republican in Congress opposed everything Obama did, and that’s not because every Republican in Congress is a racist. It’s because they’re conservatives and Obama was doing liberal things. Their strategy of unconditional obstruction would have been the same no matter which Democrat had won the 2008 election.

In the case of DACA, there’s not much question that Obama’s executive action was open to legal question. I happen to think he was on pretty firm ground, but that’s not a slam dunk. Other presidents have also made unilateral decisions about immigration law, but DACA really does go further than anything previously. The same is true of other Obama executive orders, and long before Trump ever came onto the scene this gave Republicans an opening to complain about presidential overreach.

Was this just a handy argument (i.e., Marcotte’s “point scoring”)? Sure, but that’s politics for you. You pick the argument that has the most oomph, not the one that’s technically what you feel most strongly about. Democrats made similar overreach arguments about George Bush’s signing orders.

In this case, it’s not that Trump’s argument about DACA representing presidential overreach must be about something other than racism. Who knows what’s in his heart? But there are other explanations. The most likely one, by a mile, is that Trump is an idiot and he’s just parroting something he was told by someone else.

As for his obsession with Obama, that’s most likely because Obama is his predecessor. Trump’s personality demands that he attack his enemies relentlessly in order to build up his own ego, and in this case it means dismantling Obama’s legacy. Obama’s blackness may or may not play a role in that, but what clearly does play a role is that Obama’s legacy is the only one open to him.

I think it’s unwise to tiptoe around racism, but I also think it’s unwise to make it the go-to explanation for everything. Trump has plenty of reasons to disparage Obama. If I had to guess, I’d say the main one is Trump’s obvious awareness that Obama was a far better president than he’ll ever be. Likewise, Republicans have plenty of reasons to dislike DACA. Race underlies some of this, but the fact that Obama is both a liberal and a Democrat—and that DACA reduces their leverage in any future debate over immigration reform—plays a much larger role.

Race is a powerful political weapon. It should be used judiciously.