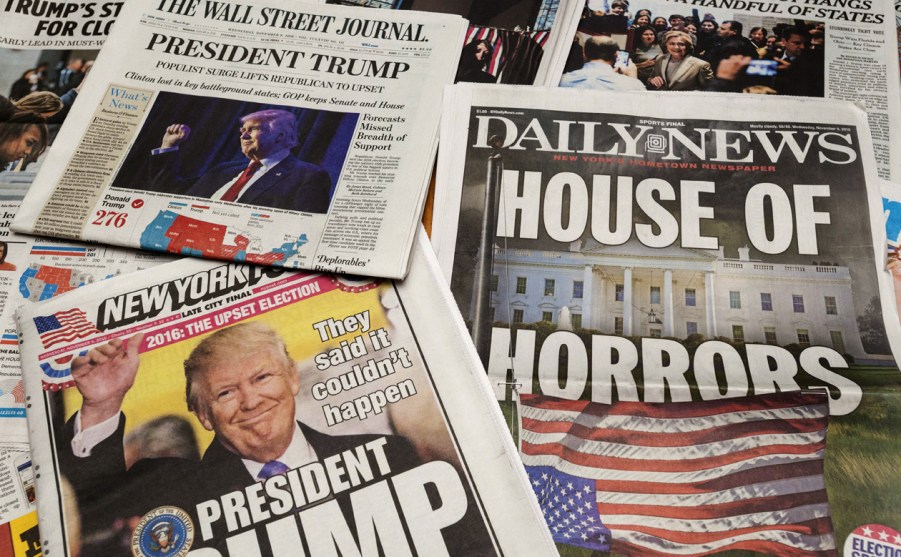 It’s pretty simple. Liberals of all stripes were, obviously, pretty upset when Donald Trump won the election. It’s not just that he’s conservative. It’s also because his victory was so unexpected and because Trump is such an ignorant, loudmouthed cretin. It’s far worse than 2000, when George Bush won.

But apparently there’s a big difference in the way men and women reacted. Generally speaking, men were upset. They were unhappy. They were resolved to fight back.

So were women. But they were also far more emotionally affected. They were distraught. They went on crying jags. They were seriously depressed. They found it hard to concentrate at work.

Why the difference? Last night’s theory is that lots and lots of women have had to put up with various kinds of sexual molestation since they were very young. This includes everything from random pervs to unwanted advances to wolf whistles to wandering hands to groping to more extended assault—especially during their childhood and teenage years. This has happened to many of them far more often than men think because women usually don’t dredge up this stuff and tell us about it. But it leaves serious scars.

And now one of those guys is in the White House. It causes all the old stuff to bubble up, and when it’s added to everything else it produces a pretty serious and long-lasting bout of depression.

It’s worth noting that although this has now come up in three very different settings, the conversation is always with people I know. This spans a lot of ages, but it’s mostly well-educated white folks who are pretty politically aware. So I don’t know if this is also true of other demographics.

I’m not really sure how to report on this, or how many people are willing to talk about it publicly. But it sure seems like a real thing. I’d like to find out more about it.