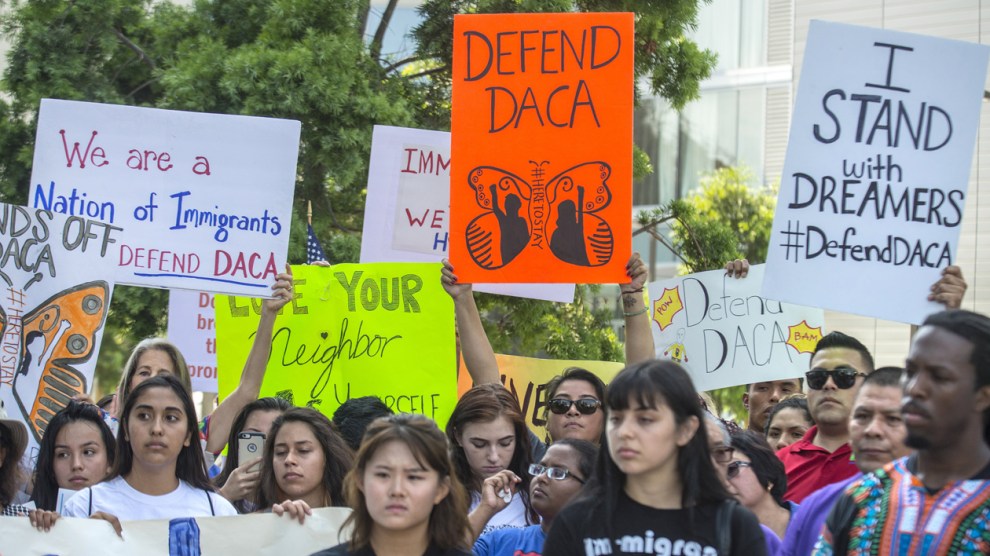 What is this supposed to mean?

Congress now has 6 months to legalize DACA (something the Obama Administration was unable to do). If they can’t, I will revisit this issue!

Does this mean that Trump’s promise to revoke DACA isn’t for real? That maybe after six months he’ll extend it for another six months if Congress hasn’t acted? Or what?

I’m a little puzzled about why anyone thinks Congress will act anyway. Back in 2010 every single Republican voted against the DREAM Act. Every one. Today a few of them are saying that DACA should be preserved, but how are we supposed to interpret this? As evidence that they’ve changed their minds? That they voted against it originally just because Obama proposed it? That they were OK with not enacting it in the first place, but not with taking it away once a million people are depending on it?

And even if a few Republicans really have changed their minds, does DACA now have majority support in the Republican caucus? If it doesn’t, why would leadership even allow a vote?

Nothing really makes sense here. I can’t figure out why there’s supposed to be a chance of Republicans agreeing on a new DREAM Act when they unanimously opposed it just seven years ago. What am I missing?