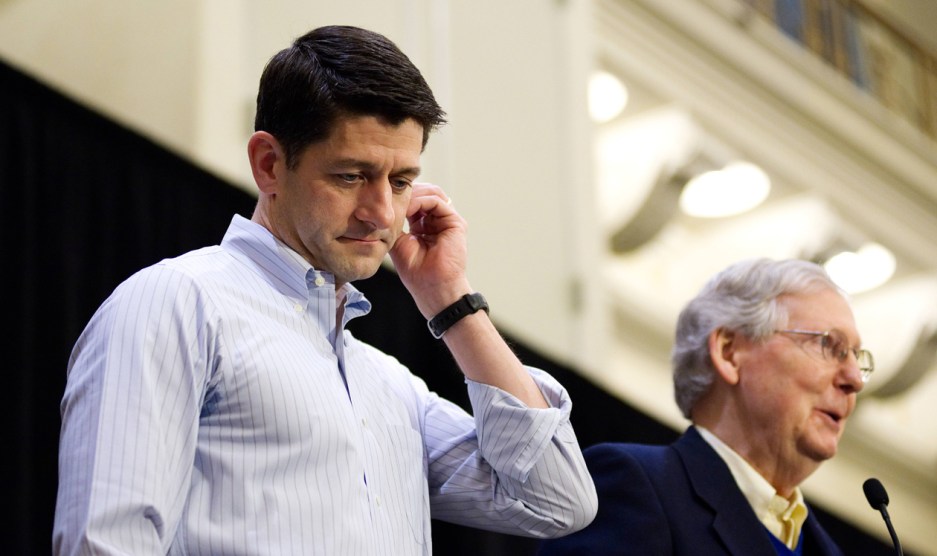 Nancy LeTourneau  explains why Republican leaders were so upset about yesterday’s 3-month deal on the budget:

Rather than clearing the deck for Republicans to be able to work on tax reform, the short-term extension means that they now have to contend with yet another round to deal with the budget and debt ceiling before the end of the year. That clogs up the whole business, while providing Democrats with the ability to maintain their leverage. That is precisely why the Republicans were trying to bargain for a longer time horizon—they wanted to get these two things off their plates for at least a year and be able to move on to the one big thing they all want to accomplish…tax cuts.

This isn’t quite right. Sure, Ryan and McConnell wanted a longer horizon on the debt ceiling. This risked scuttling the whole bill, but they figured that tying the debt ceiling to Harvey aid gave them a decent shot at passing it even though the ultras would yell and scream. It was a risk they were willing to take.

But the continuing resolution on the budget was never going to be longer than three months. This means that Ryan and McConnell were always going to be hip deep in budget negotiations all the way through the end of the year. I can’t imagine they ever entertained the prospect of clearing this off their plates.

In other words, the only thing they lost yesterday was the fight over the debt ceiling. But that costs them very little. If they can put together a budget that gets Democratic support—which they’ll need if they want to bust the sequestration cap on defense spending—they can almost certainly get Democratic support for raising the debt ceiling too. This does make things harder for them, since they need 60 votes in the Senate to raise the debt ceiling, but a budget agreement would come with assurances of enough Democratic votes to get it through.

This is why I don’t think Republicans lost much yesterday. The rest of the year was going to be tied up with budget negotiations no matter what, and tying the debt ceiling bill to the budget only makes things slightly harder. The debt ceiling gives Democrats a little more leverage, but only a little.

Unless I’m missing something, that is. Am I?