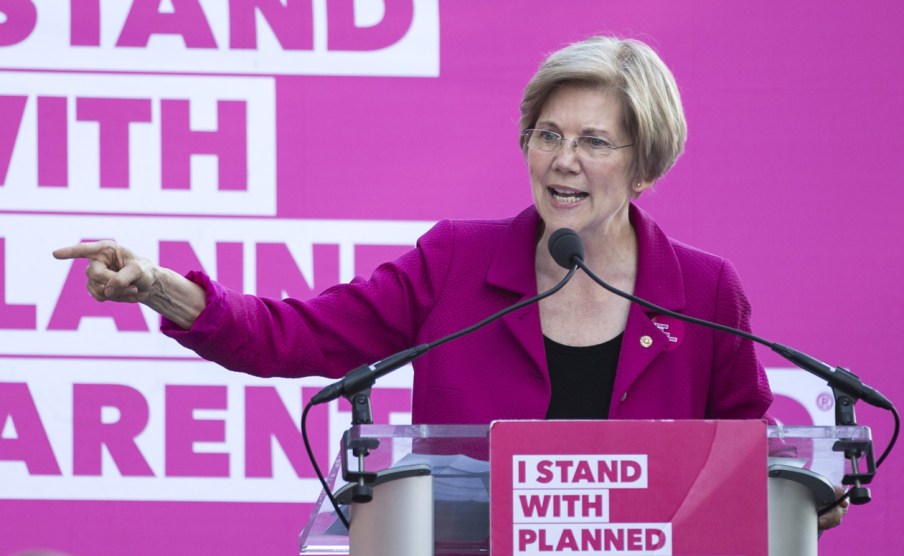 Riffing off a recent Elizabeth Warren speech, David Atkins says that Democrats can easily stop their internal bickering. There is, he says, “no contradiction between winning back some of the white working class that defected to Trump, and achieving social justice on the issues of importance to Black Lives Matter activists.” We just have to take everyone’s concerns seriously:

The war within the left is based on false choices and straw men. There is no need for conflict if both sides are acting in good faith. Leftists who dismiss “identity politics” as an irrelevant distraction need to be sidelined, as they are not dependable allies of the Democratic Party’s true base. Center-leftists who eschew economic populism and worker empowerment in defense of the Wall Street-dependent donor class in the dream of an identity-blind faux meritocracy of oppression must also be sidelined.

….If Democrats listen to Warren, they can quickly and easily bury the hatchet, advance in unity toward common goals, and win back power at the state and federal level. Hopefully her advice didn’t go entirely unnoticed.

If it were really that easy, I think this whole problem would have been solved a long time ago. Unfortunately, there are still moderate lefties out there who Democrats need to win—not to mention moderate moderates who they also need. These are the kind of people who are OK with increased regulation of banks, but not with a full-bore Bernie assault on the entire financial system. Likewise, there are moderates who support social justice campaigns, but think that Black Lives Matter goes too far. If the answer is to boot everyone like this out of the Democratic Party, it’s going to be a pretty small party that’s left over.

Warren’s speech sounds nice. But speeches are meaningless. You can always make a speech sound nice by picking and choosing what issues you address. The problems start as soon as you begin taking questions and folks demand answers to the hard problems that you delicately tiptoed around.

I wish the fighting on the left were merely rhetorical, but it’s not. It’s substantive. As with all movements, there are moderates and there are extremists and there are people in-between. And they really and truly believe different things. Talented politicians like Ronald Reagan and Bill Clinton can paper over these differences to some extent, but not for long. Eventually, voters are going to start asking the tough questions, and then you have to take sides. That’s when the fighting starts all over again.

POSTSCRIPT: There’s a good example of this in Warren’s speech, where she says this:

A few weeks ago, I saw an op-ed in the New York Times from a so-called Democratic strategist titled, “Back to the Center, Democrats.”…We’ve been warned off before. Give up, keep your heads down, be realistic, act like a grown-up, keep doing the same old same old.

But here’s what’s interesting: instead of lots of ferocious back-and- forth and piling on, this time, no one cared. Big yawn. Why? Because the Democratic Party isn’t going back to the days of welfare reform and the crime bill.¹ It is NOT going to happen.

Bill Clinton campaigned on both those things and he won the presidency. But when he actually followed through, a lot of lefty Democrats rebelled. Nevertheless, Clinton won reelection by a huge margin. Warren is correct that the Democratic Party has moved left on these issues since Clinton’s presidency, but she’s not correct that this means moderates no longer exist. They do, and Democrats still need them to win.

¹Actually, I don’t think that’s why nobody cared. It’s because the op-ed was by Mark Penn, and nobody cares about Mark Penn anymore.