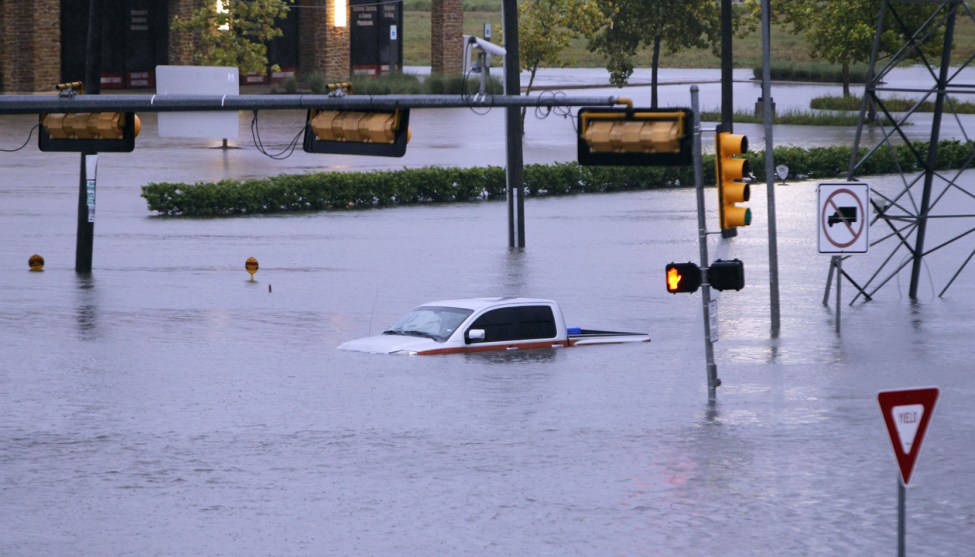 Tomball, Texas, Public Works director David Esquivel told a local paper there this year that the Houston area had “two 500-year storms back to back”: over Memorial Day weekend of 2015 and early April 2016. That means that Hurricane Harvey constitutes the third “500-year” flood in three years.

….Either Houston is incredibly unlucky or the risk of severe flooding is a lot more serious than the FEMA modeling has predicted — and the odds of a flood as bad as the ones Houston has seen for the past few years are actually much higher than 1 in 500.

I’m going with Door #2. When everything is finally totted up, the flooding from Hurricane Harvey will probably be classified as a 1000-year flood, making this 3-year string even less likely. And while some of this probably is just coincidence, it’s almost certainly also a consequence of global warming, which creates more intense storms with higher levels of water vapor.

I wrote about this yesterday, and naturally got some pushback. “Harvey is unprecedented because it got stalled by a front, not because of climate change,” said one tweeter. That’s true about the front, and of course no one can say that climate change “caused” the flooding. But you can say that climate change increased the probabilities. Maybe it made Harvey a little more intense. Maybe it increased Harvey’s water vapor content a little bit. Maybe it made the front a little bit stronger. Add it all up and climate change didn’t cause Harvey, but it probably made it a few percent more likely and a few percent worse than it otherwise would have been. And at the tail end of bell curves, a few percent can mean a lot. It can turn a 500-year event into a 30 or 50 or 70-year event. Multiply this by the entire country, where the probabilities average out, and you can say without a doubt that climate change will produce more drought, more wildfires, more intense storms, and more flooding.