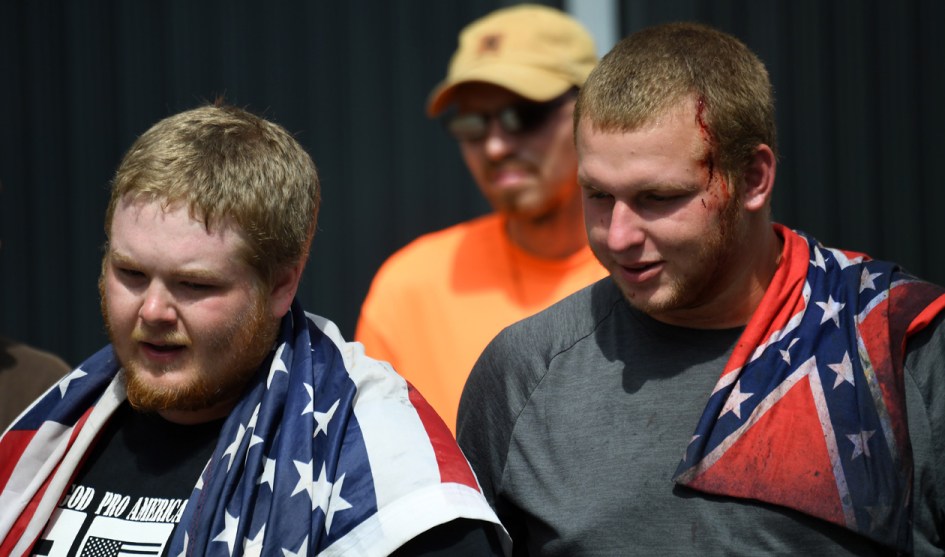 Back in the day, there was a bit of bloggy conversation about whether Donald Trump might actually be a less destructive president than, say, Ted Cruz or Marco Rubio. The case against that was pretty simple:

He’s a serial liar. He’s a demagogue. He’s a racist and a xenophobe. He appeals to our worst natures….He’d appoint folks who make Michael Brown look like Jeff Bezos. He would deliberately alienate foreign countries for no good reason….And while that volatile personality of his probably wouldn’t cause him to nuke Denmark, you never know, do you?

This week we’ve seen both of his two most serious flaws in action. Resurgent neo-Nazis and white nationalists, who take Trump as their inspiration and role model, invaded Charlottesville and produced exactly the violence and mayhem you’d expect. Ted Cruz and Marco Rubio had no problem denouncing these racist thugs. But Trump, as he did before with David Duke, refused to clearly and explicitly condemn them. He offered only his usual weasel words, which gave him plausible deniability but refrained from risking his reputation as the champion of white America. “Nobody in media/politics can legitimately claim they didn’t know that Trump plays footsie with white supremacists,” says my boss today, and then lays out MoJo’s extensive coverage of exactly this over the past two years. You should read it if you have even the vaguest thought that maybe Trump isn’t quite as toxic and ugly as I’m suggesting.

At the same time, he’s been engaged in a childish war of words with North Korea. This is not just idiotic, since Trump is making threats he knows he won’t carry out, but recklessly dangerous. It’s exactly the kind of thing that, with the right push, could escalate into Kim Jong-Un doing something foolhardy and then Trump responding in kind. The odds of this turning into a nuclear exchange are low. Maybe 1 percent or so. But with any other Republican the odds would be 0 percent.

Trump needs to go. The sooner Republicans figure this out, the better off we’ll be. Mike Pence may have sold his soul by signing up with Trump—and as president he’d unquestionably be bad for everything I care about—but Donald Trump is a disgrace, and a dangerous one. His 15 minutes should have been up long ago.