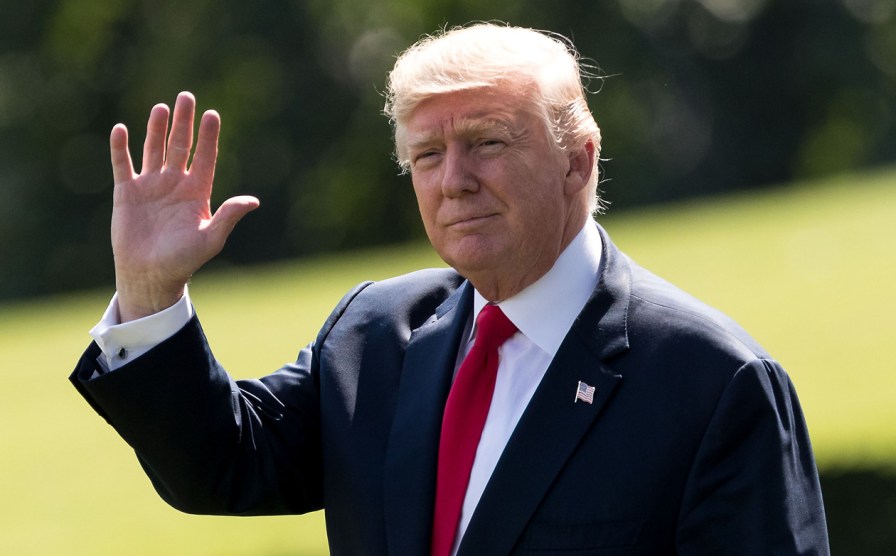 My first order as President was to renovate and modernize our nuclear arsenal. It is now far stronger and more powerful than ever before….

This is, obviously, wrong. The modernization of our nuclear arsenal has been in progress for years, and it will continue for many more. The only thing Trump has done is to issue an executive order that states: “The Secretary shall initiate a new Nuclear Posture Review to ensure that the United States nuclear deterrent is modern, robust, flexible, resilient, ready, and appropriately tailored to deter 21st-century threats and reassure our allies.” Needless to say, “initiating a review” does nothing to renovate or modernize anything. That requires actual plans and actual money.

That, however, is not the point of this post. The point is this: was Trump lying? I’m prompted to ask this by a headline in the LA Times today:

The article itself makes it clear just how wrong Trump is. But was it just a “false claim,” or was it a lie? The difference, obviously, is state of mind: Did Trump know he was saying something false? Let’s consider the possibilities:

I think this mostly covers the bases. There’s literally nothing that’s actually happened to our nuclear arsenal since January that he could have misunderstood as modernization. So that’s not an option. He was either lying or else the explanation is something worse.

Personally, I think it’s some of both. He was lying, but he’s also starting to lose control of his faculties. Not a lot, maybe, but enough to make him kinda sorta believe his own lies. This is not good. This is something to take seriously.

He’s either lying or else his mind is declining. We’d best figure out soon which it is is.