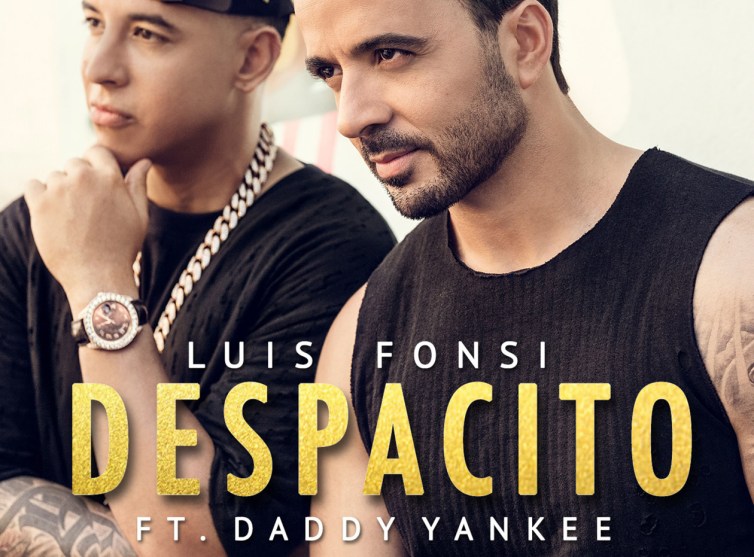 This weekend, I read a Voxsplainer by Alex Abad-Santos about this summer’s mega-megahit, “Despacito.” What’s the deal?

Quite simply, “Despacito” is magic….chord progressions and melody….American listeners and even artists seem to be burned out on [the electronic dance music sound] and are craving something new….intimate vocals, and shifts away from high-energy choppy vocal synths and swirling drops….“Despacito” is a scorcher of a tune — the experts I talked to all agree.

It is a reggaeton-pop song composed in common time with lyrics about having a sexual relationship, performed in a smooth and romantic way.

I’m going to preface this with my usual disclaimer: I don’t know much of anything about music, and what I do know is limited to Top 40 classical and Top 40 classic rock. Anyone who takes music seriously should just ignore what I have to say.

Which is this: I’ve listened to “Despacito” many times over the past month. I wanted to give it a fair try, since it often takes a few listens to really get into a new song. But no matter how many times I listen, it only seems…OK. I don’t hate it or anything. But a scorcher of a tune? I just don’t get it. The tune seems distinctly ordinary. I haven’t found myself humming it in the shower. I haven’t added it to my playlists. It’s just…OK.

I’m genuinely curious about this. “Despacito” didn’t become a megahit by appealing to music afficianados. It became a hit by appealing to millions of teenagers with no more knowledge of music than me. What do they hear that I don’t? In particular, what do they hear in the tune that I don’t? I’m as susceptible to a tune with a great hook as anybody, but I just don’t feel it. Is it really an addictive earworm for most people?

I assume my audience is not exactly the perfect group of people to ask about this. Still, you go to war with the audience you have, not the audience of plugged-in teenagers you wish you had. Anyone have anything to say about this?