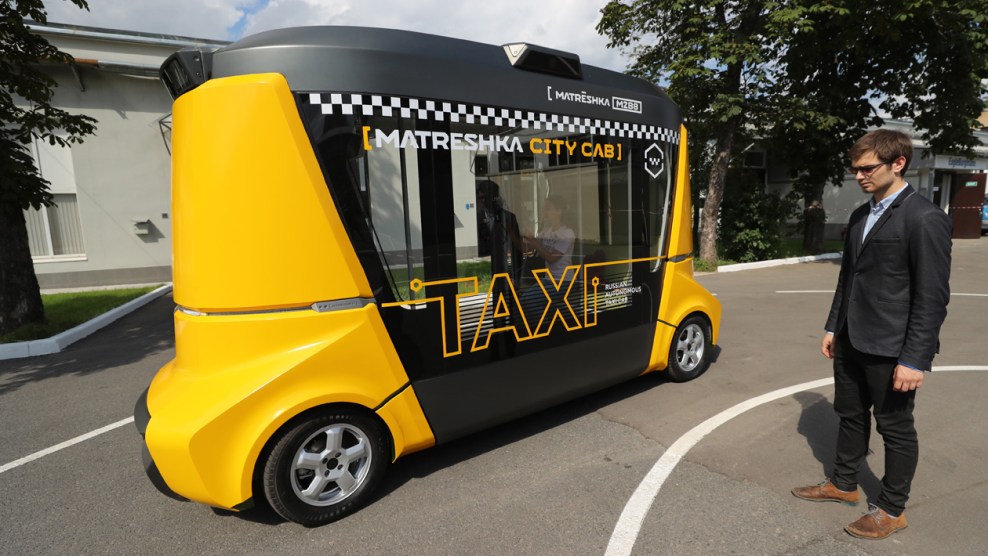 What happens when the car needs to pick up a child, senior citizen or someone with a disability who needs help getting in and out the vehicle? That’s something that needs to be dealt with now before it becomes an issue.

I find it hilarious that a society that won’t let kids walk to the park by themselves is thinking about how to let robot cars drive them around.

I mostly get a kick out of the belief that if we just clap louder, driverless cars will never work. But come on. This is weak:

There’s a weird game that a lot of people play these days, where they gleefully come up with scenarios they’re sure driverless cars will never be able to handle. Do they really think they’re the first people to think of these things? They aren’t. The folks building these cars are well aware that it snows sometimes. They know that people often drive in stupid ways. They understand that parking lots exist. They know that different states have different traffic laws. Etc.

Driverless cars are coming, folks. The first ones will probably be used in restricted environments (shuttle buses on a fixed route, maybe). Then they’ll get better. And better. And along the way we’ll all get used to them, the same way we all got used to smartphones. Insurance companies will figure out how to insure them. Legislatures will figure out how to regulate them. And they won’t require any changes to infrastructure.

Always remember: driverless cars don’t have to be perfect. They just have to be better than cars driven by humans. As anyone who drives is aware, that’s sort of a low bar these days.