I’m pretty sure I’ve posted a chart like this one before, but no matter. This one is better. It’s from David Leonhardt, and it shows income growth for various income levels over two periods of recent history: 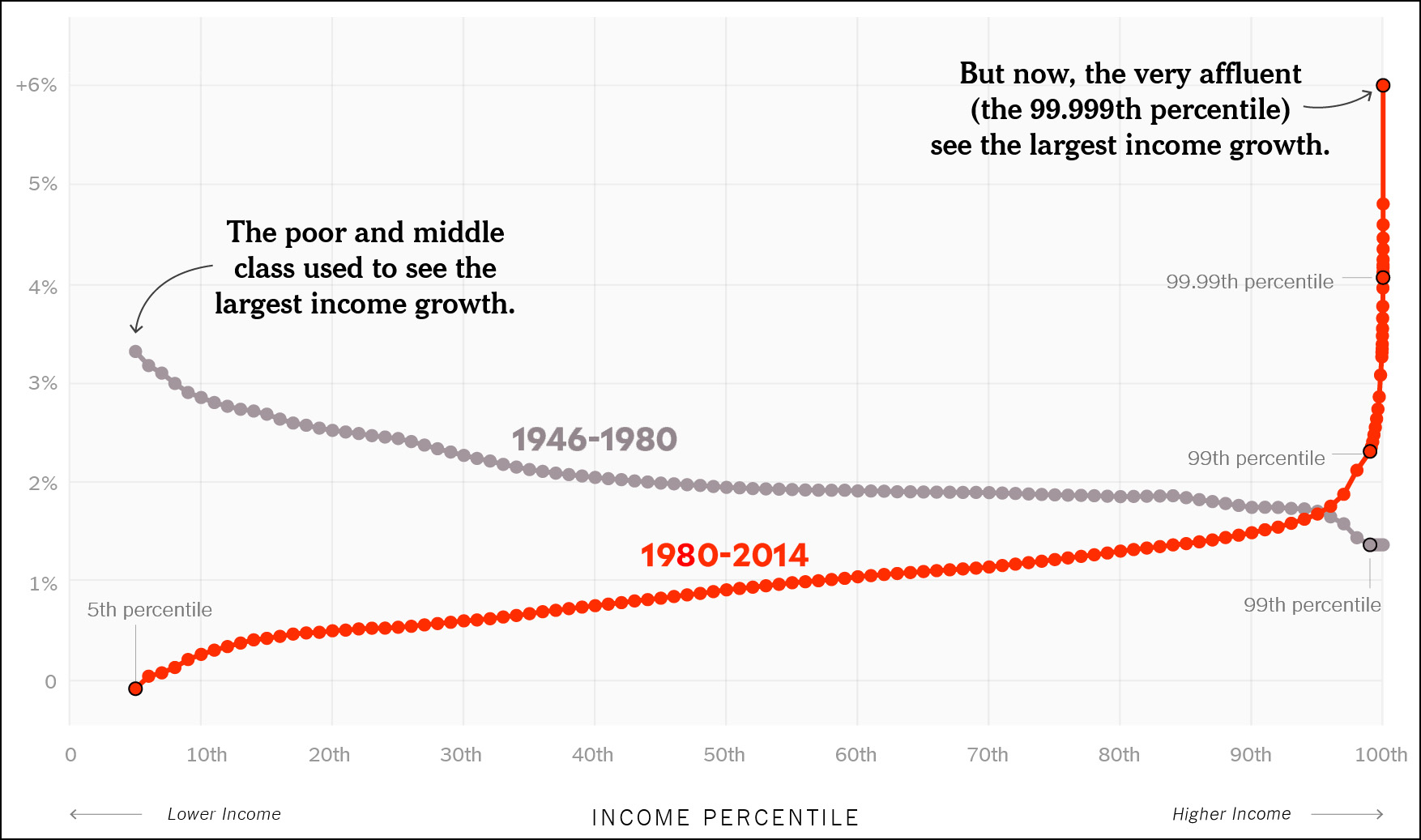 As we all know, incomes of the working and middle classes rose steadily in the decades after World War II. Then, in the mid-70s, their income growth suddenly slowed down. Finally, after 2000, their income growth went from sluggish to completely stagnant. Between 2000 and 2014, median household incomes didn’t increase by a single penny.

There are several reasons we had such robust middle-class income growth in the 50s, 60s, and 70s: strong unions, cultural norms about executive pay, catchup growth from the Great Depression, Democratic control of Congress, weak international competition, financial repression, and so forth. As those things disintegrated in the late 70s and 80s, the rich were able to siphon off bigger and bigger shares of economic growth. And they did.

That’s a familiar story. But this chart illustrates two other things as well:

That second point is easy to miss. We look at the chart, and the first thing that catches our eye about the gray line is that it’s going down. But it doesn’t go down all that much. Pretty much everyone is doing well.

In the post-1980 era, that changed dramatically. It’s not just that things turned around, it’s that the red line isn’t anywhere close to flat. The poor and working class have seen virtually no income increase at all. But the rich have seen gigantic increases, and even among the rich, the billionaires have done far better than the mere millionaires.

That dynamic started around 1980, and has grown since then. However, it’s only since 2000 that it’s spiraled out of control. That’s when middle-class incomes stagnate completely and the income growth of the rich starts to skyrocket past 3 percent. In the recent American economy, 1973 was the first watershed year and 2000 was the second watershed year. The start of the 21st century is when our economy suddenly changed and became crazy. But I still don’t think that anybody knows why.