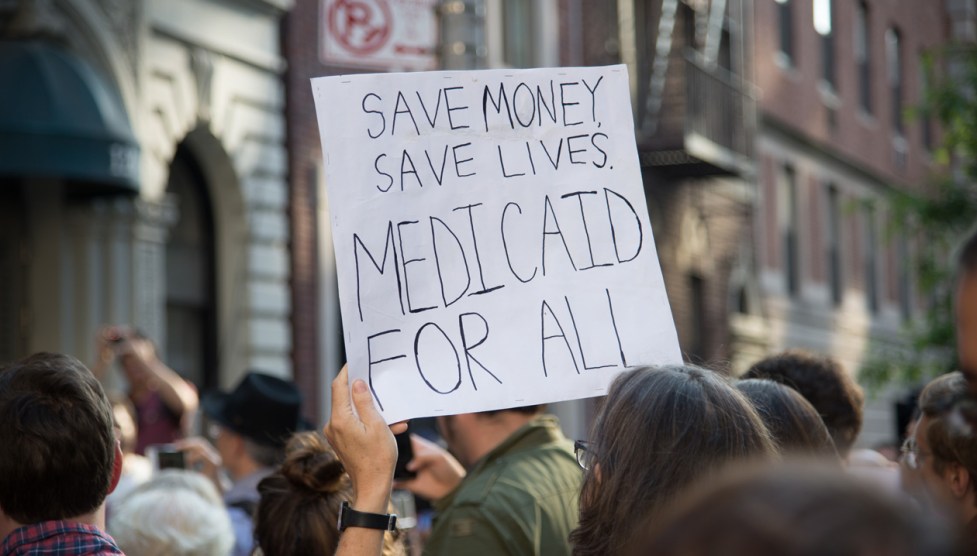 “One of the unintended consequences of the Republicans trying to cut Medicaid is they made Medicaid really popular,” Sen. Schatz said in an interview. “This conversation has shifted. There was a time where Medicare was really popular and Medicaid was slightly less popular. What this ACA battle did was make both of them almost equally popular.”

Schatz wants to take advantage of that by allowing states to add a Medicaid option to Obamacare’s exchanges. However, his proposed legislation also does this:

The Schatz bill would also raise Medicaid’s payment rates to doctors and hospitals to match those of the Medicare program. Currently, the Medicaid prices are 72 percent of those that Medicare pays — which in turn pays less than private insurers. Raising Medicaid prices to be equal would likely lure more doctors to participate in the program — but also make Medicaid (and the premiums to buy into Medicaid) significantly more expensive.

Yes, this would raise the cost of Medicaid a lot. It would also—I think—make Medicaid a more generous program than Medicare. Even liberal states like my home state of California probably wouldn’t buy into Schatz’s program under these circumstances. It’s just too expensive. We spend about $40 billion on Medi-Cal, and upping reimbursement rates to Medicare levels would probably cost something on the order of $10-15 billion. In a state budget where bitter fights break out over health care costs of $500 million, this is a nonstarter.

I suspect a smarter approach would be to raise Medicaid reimbursement rates slightly. Maybe to 75 percent of Medicare. And then work on raising them again a few years from now. Realistically, it’s hard to see any other way to get states to buy into this idea.