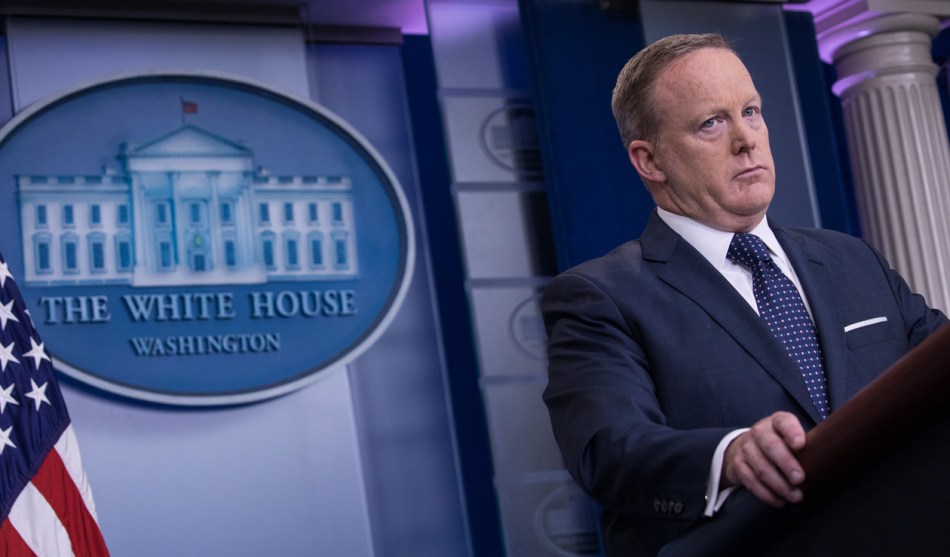 The Sean Spicer story has come to an end:

Mr. Trump offered Mr. Scaramucci the job at 10 a.m. The president requested that Mr. Spicer stay on, but Mr. Spicer told Mr. Trump that he believed the appointment was a major mistake, according to a person with direct knowledge of the exchange.

On a purely personal level, I feel kind of sorry for Spicer, the same way I feel sorry for anyone who finally figures out just what kind of person Donald Trump really is.

On the other hand, it was pretty obvious all along what kind of person Trump was. Spicer knew, and he took the job anyway. I can excuse that for some of the national security folks, who might genuinely feel that they’re doing a public service preventing Trump from blowing up the world. But press secretary? No. If you want to wreck your reputation working for a clown like Trump, there’s no excuse. You went in with your eyes open.

POSTSCRIPT: Honestly, Spicer should have resigned after the Vatican snub. That was perhaps the pettiest thing I can ever remember a president doing to one of his staff. At a purely personal level, it shows what a horrible excuse for a human being Trump is.