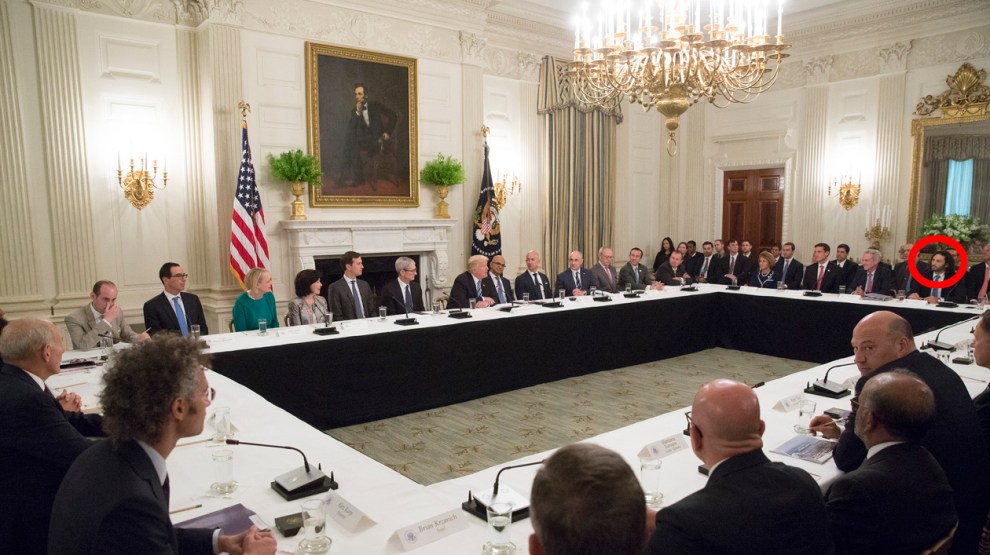 Last month Jared Kushner organized a meeting of tech giants to meet with President Trump. Tim Cook was there. Jeff Bezos was there. Larry Page was there. In all, companies with market caps ranging from $9 billion to $770 billion were there.

Plus the CEO of a teensy little startup with a market cap of $0.2 billion. Can you guess who it was? Can you? Huh?

Of course not. You’ve never heard of either the CEO or the company. The answer is Zachary Bookman of OpenGov, a company partly owned by Kushner’s brother, Joshua Kushner. I’m sure Josh’s investment will do well now that OpenGov has gotten this kind of high-profile attention. And that’s what brothers are for, aren’t they?

Jared Kushner is a one-man wrecking crew in the White House. If Donald Trump’s enemies were trying to infiltrate his inner circle and destroy his presidency, they couldn’t do better than Kushner. The only thing that keeps me from thinking Kushner is a DNC plant or a mutant super villain is the fact that he’s so obviously dim that his actions make a sort of demented sense. Eventually he’s going to bring the entire White House down around Donald Trump’s ears, and the whole time he’ll be standing there with that weird, blank look on his face, thinking that everything is still just fine.

The Wall Street Journal has the whole story here. Apologies for the log scale in the chart below. It was the only way to show all the companies on a single axis.