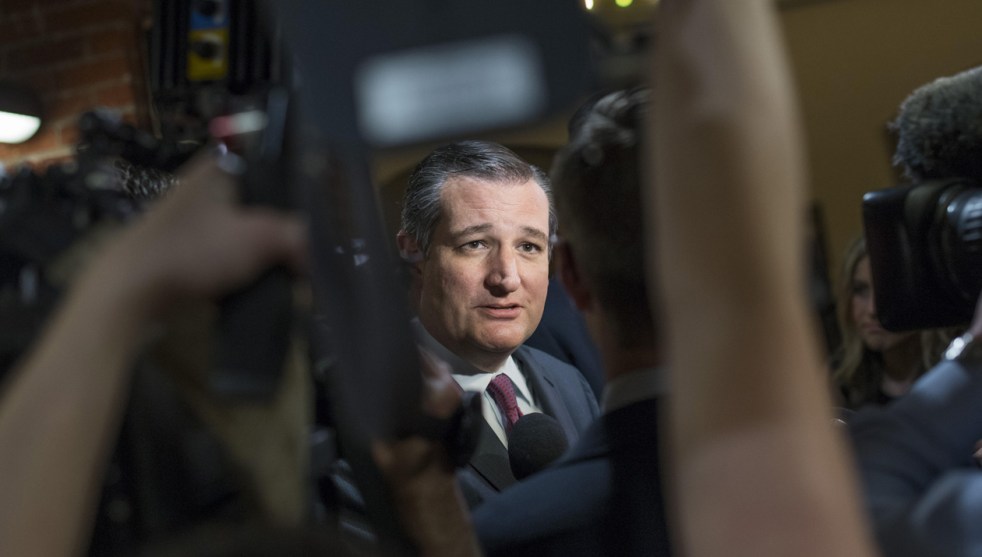 Pretty much every group associated with health care in any way opposes Trumpcare. Doctors, nurses, hospitals, patient advocates, pharmaceutical companies, the folks who wax hospital floors, you name it. The only exception is insurance companies, who have stayed quiet because they’ve been bought off with a few miscellaneous tax breaks and new subsidies.

But now, even the insurance companies are fed up. They have looked into the abyss of the newly-proposed Cruz Amendment, and they understand precisely what kind of hell their own industry would unleash on the world if it passes. Their letter to Mitch McConnell minces no words:

It is simply unworkable in any form …. would undermine protections for those with pre-existing medical conditions …. increase premiums …. would allow the new plans to “cherry pick” only healthy people …. creates two systems of insurance for healthy and sick people …. premiums will skyrocket for people with preexisting conditions …. millions of more individuals will become uninsured ….would harm consumers who are most in need of coverage.

The Cruz Amendment is sort of like chopping a baby in half: a solution that sounds appealing only to someone who doesn’t know what happens to babies who are chopped in half. And so I wonder. Did Ted Cruz understand the problems with his amendment when he dreamed it up, but didn’t care? Or did he just not bother to check with anyone who understood health policy before he proposed it? It’s the eternal conundrum: Evil or stupid?