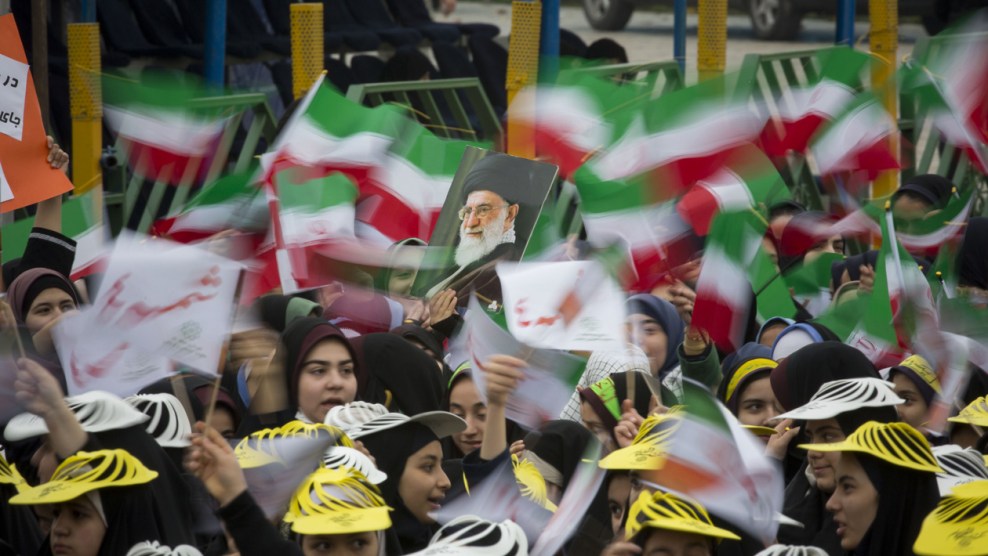 The New York Times reports that President Trump is unhappy about keeping the Iran deal in force:

At an hourlong meeting last Wednesday, all of the president’s major security advisers recommended he preserve the Iran deal for now. Among those who spoke out were Secretary of State Rex W. Tillerson; Defense Secretary Jim Mattis; Lt. Gen. H. R. McMaster, the national security adviser; and Gen. Joseph F. Dunford Jr., the chairman of the Joint Chiefs of Staff, according to an official who described internal discussions on the condition of anonymity. The official said Mr. Trump had spent 55 minutes of the meeting telling them he did not want to.

Come on, Donald. Buck up. If you want to lie about whether Iran has stuck to the deal, then just tweet out the lie and kill the treaty. If your advisers don’t like it, too bad. You’re the president. You can do anything you want, even if every single person you hired thinks you’re an idiot.

Anyway, the sense I get is that Trump will now treat the Iran deal the same way he’s treating Obamacare: he’ll do his best to sabotage it. I think we can look forward to a series of provocations designed to provoke some kind of response from Iran that Trump can use as a pretext for killing the deal. He can’t get any of the money back, of course, because Iran’s assets have already been unfrozen. So Iran will have its money and they’ll be free to develop a nuclear weapon if they want to—all without having to go to the trouble of breaking the treaty themselves.

Welcome to the world of Donald Trump, master negotiator.