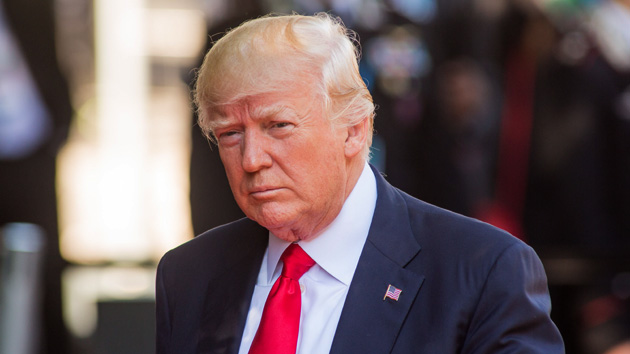 Trump returns to the White House this week just as he left — lonely, angry and not happy with much of anyone. The presidency, Donald Trump is discovering, is not an easy or natural fit. “He now lives within himself, which is a dangerous place for Donald Trump to be,” says someone who speaks with the President. “I see him emotionally withdrawing. He’s gained weight. He doesn’t have anybody whom he trusts.“

Unfortunately, Trump has a big problem hiring new staffers who he might trust:

The disclosures from investigations stemming from Russian meddling in last year’s election — coupled with the president’s habit of undercutting his staff — have driven away candidates for West Wing jobs that normally would be among the most coveted in American politics, according to people involved in the search.

By the time the first change in what may be a broader shake-up was announced Tuesday, the White House was left without a replacement. Michael Dubke, the White House communications director, said he would step down, but four possible successors contacted by the White House declined to be considered, according to an associate of Mr. Trump who like others asked not to be identified discussing internal matters.

At the same time, talks with two former advisers, Corey Lewandowski and David N. Bossie, about joining the White House staff grew more complicated. Mr. Bossie, a former deputy campaign manager, signaled that he does not plan to join the staff.

I can’t imagine why anyone even semi-competent would be willing to work for Trump, especially in the press operation. Trump undercuts them constantly, and he obviously wants to be the public face of the administration himself. The problem is that he’s afraid to face the press on a regular basis. Even he realizes that his administration is epically incompetent, and reporters have started calling him out on this. So he hides in the Oval Office and feeds his press staff to the lions instead.

As for every other position, too many people finally understand what Trump is really like:

There is this storyline about Donald Trump, one longtime Trump watcher says, that he’s a loyal guy. That he sticks with his old friends and defends them and supports them. “You have it all wrong,” he says. “Trump is not loyal, except to his family. He can be solicitous and ingratiating. But if there’s a moment you are not useful, forget it, you’re done. No matter what you have done for him.” Consider: Rudy Giuliani, Paul Manafort, Chris Christie.

I don’t know what took everyone so long to figure this out, but by now they have. There’s just no upside working for a shitshow of a White House and a shitshow of a man.