It’s gonna be one of those days, isn’t it? It’s all Comey all the time. Check out the front page of the New York Times right now: 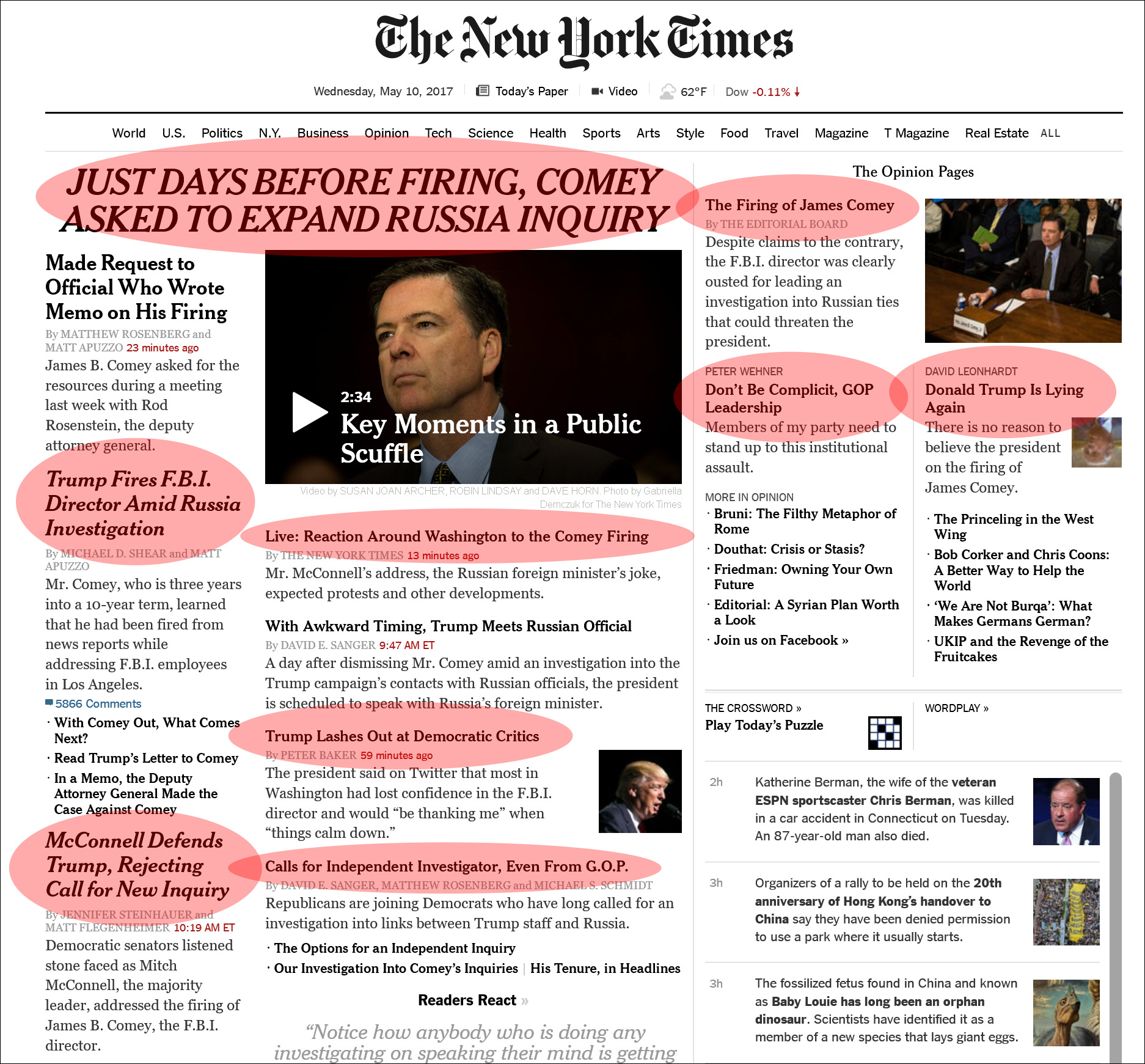 I’ve highlighted the ones that got headlines, but there are actually 16 stories about the Comey firing there. The top one tells us this:

Days before he was fired, James B. Comey, the former F.B.I. director, asked the Justice Department for a significant increase in money and personnel for the bureau’s investigation into Russia’s interference in the presidential election, according to three officials with knowledge of his request.

I’m sure this surprises no one. We’re already pretty far into “What did he know and when did he know it?” territory. And there’s more than one he that this applies to.

And don’t miss Jenna Johnson’s fascinating report about a White House press staff taken by surprise and scrambling to figure out what the hell they should say about all this. “Another Tuesday at the White House,” Sarah Huckabee Sanders joked. I wonder how long these folks can hold out? Ron Ziegler lasted until the very end, but I doubt that these folks have his kind of fortitude.