From the LA Times today:

The median home price in Los Angeles County has reached the all-time high set in 2007, a milestone that follows five years of steady recovery but comes amid renewed concerns over housing affordability. Home prices rose nearly 6% in April from a year earlier, hitting the $550,000 level where the median plateaued in summer 2007 before a sharp decline that bottomed out in 2012.

….Orange County surpassed its pre-bust high last year, and in April set a new record of $675,000. San Diego County also exceeded its pre-bust peak for the first time last month, as the median price — the point at which half the homes sold for more and half for less — climbed 7.4% to $525,000.

Inflation has risen 20 percent since 2007, so this means home prices in Southern California haven’t really set a record. They’re still 20 percent away from that. Here’s how CoreLogic scores the current housing market compared to its bubble peak: 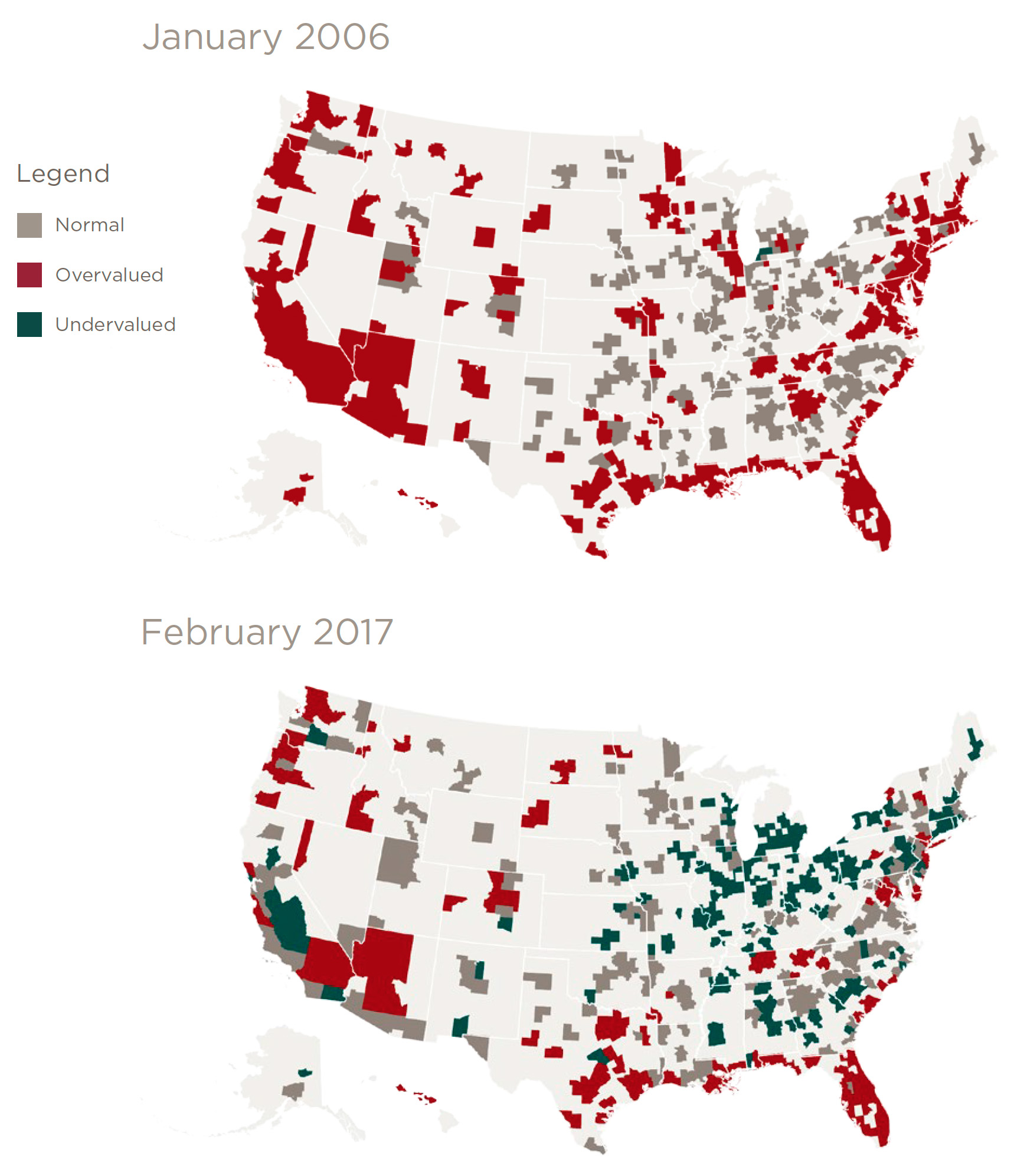 So things look OK. Loan delinquencies are low, credit scores have remained high, and national housing prices are high but not stratospheric.

And yet…Southern California, Arizona, and Florida are all overvalued. That’s three out of the four states that led the bubble in 2006. Even Texas, which avoided the last bubble, is looking high. And anecdotally, homes are selling pretty fast around here.

This is the kind of thing that makes me think we might be back into a recession by 2018. The expansion is nine years old, unemployment is about as low as it can get, housing prices are increasing at a good clip, auto sales are anemic, and corporate profits are rising steeply. On the other side of the ledger, economic growth and wage growth are pretty modest, and there are no signs of an oil price spike around the corner.

I dunno. Things just feel a little fragile right now. But maybe I’m off base.