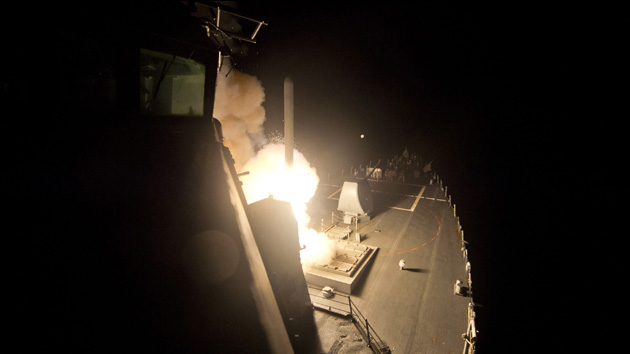 I know I pretty much said this in the previous post, but it bears repeating: what President Trump did tonight was bog ordinary. He called it a “targeted” attack on Syria and the Pentagon called it “proportional.” It was precisely the kind of limited strike American presidents are addicted to when public opinion requires them to demonstrate anger over something or other, and it’s precisely the language every president uses to describe them. Russia will issue a pro forma denunciation, and the Syrians will rebuild their airfield. In a couple of weeks it will all be forgotten.

Don’t make too much of this unless Trump goes further. It doesn’t prove that his foreign policy instincts have changed, or that he’s demonstrated resolve and decisiveness. He’s merely done the smallest, safest, most ordinary thing American presidents do in circumstances like this.

UPDATE: I guess I should clarify a bit. I don’t mean that a military strike like this isn’t important. I mean only that pundits and the press shouldn’t treat it like a huge change in Trump’s foreign policy, or in American foreign policy in general. American presidents do this kind of stuff all the time, and Trump was always more likely to do it than most. Remember, he ran as “the most militaristic person you will ever meet” and promised to “bomb the shit out of ISIS.”

It’s Obama who was the unusual one, resisting enormous pressure to get involved in Syria. Trump is proving himself to be yet another follower of bipartisan foreign policy conventional wisdom.