No news is good news, and I’ve had no news for the past couple of months. My M-protein level remains stable, which means the multiple myeloma is under control for the time being. I saw my oncologist today, and he seemed pretty happy with all my other levels too.

But here’s an odd thing. One of the bad side effects of chemotherapy is that it compromises your immune system. I was told early on that the key blood test to keep track of was the absolute level of neutrophils. My first doctor thought that anything under 2000 was dangerous, and put me on a weird diet that I later found out was ridiculous. That’s because another doctor told me that, really, anything over 1500 was fine. Later, yet another doctor told me that 1000 marked the danger zone. This month, I was at about 1100, so I asked my oncologist if this was a problem. He said no, everything was OK as long as it stayed above 500.

I’m beginning to think I’m the butt of a very long-winded practical joke. Eventually I’ll get down to 550, and some yet newer doctor will tell me not to worry unless it gets below the square root of pi. In the meantime, don’t sneeze on me, OK?1

1Not that I’d want you to sneeze on me anyway. This is just some added incentive. 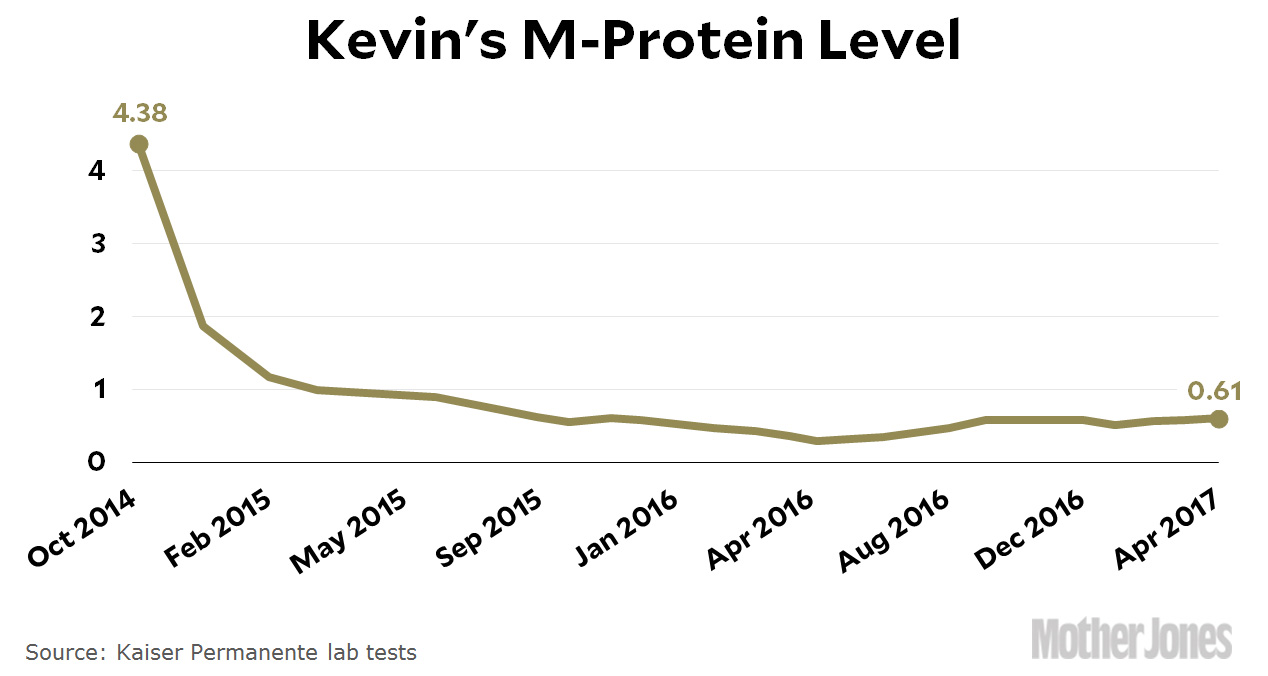