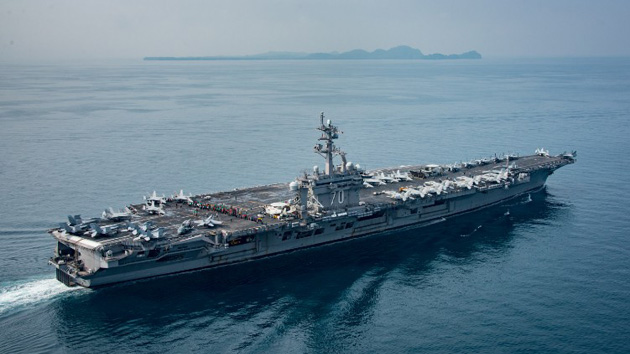 As tensions mounted on the Korean Peninsula, Adm. Harry Harris made a dramatic announcement: An aircraft carrier had been ordered to sail north from Singapore on April 8 toward the Western Pacific. A spokesman for the Pacific Command linked the deployment directly to the “number one threat in the region,” North Korea, and its “reckless, irresponsible and destabilizing program of missile tests and pursuit of a nuclear weapons capability.”

Defense Secretary James Mattis told reporters on April 11 that the Carl Vinson was “on her way up there.” Asked about the deployment in an interview with Fox Business Network that aired April 12, President Trump said: “We are sending an armada, very powerful.” The U.S. media went into overdrive and Fox reported on April 14 that the armada was “steaming” toward North Korea.

Sending a carrier somewhere is a standard way of huffing and puffing without really doing anything of substance. Every president has done it. Trump, however, has brought it to new levels of irrelevant theater. Defense News tells us where the carrier and its strike group were really headed:

Rather, the ships were actually operating several hundred miles south of Singapore, taking part in scheduled exercises with Australian forces in the Indian Ocean. On Saturday — according to photographs released by the U.S. Navy — the carrier passed north through the Sunda Strait, the passage between the Indonesian islands of Sumatra and Java. It’s about 3,500 miles from Korea.

For the geographically challenged among us, here is the Sunda Strait: 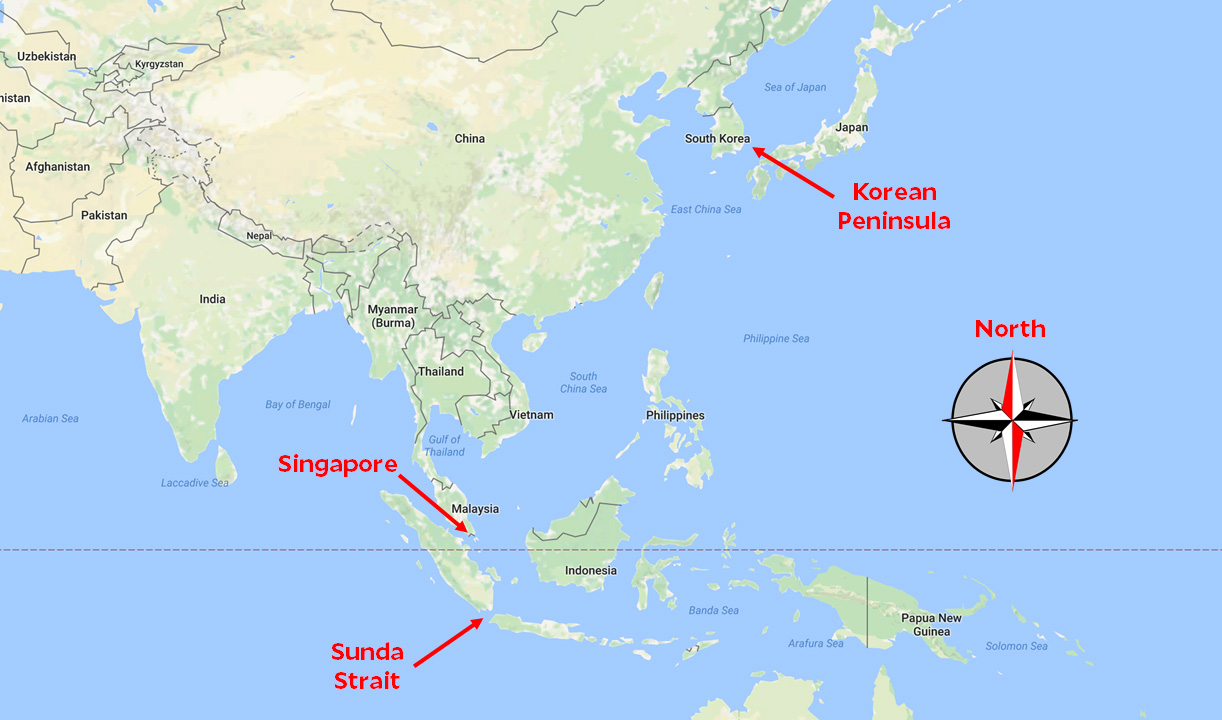 As you can see, the Sunda Strait is south of Singapore. North Korea is north of Singapore. In fairness, neither Trump nor the Navy said when the Carl Vinson was going to head north, so technically no one lied here. Our “very powerful” armada will make its way to the Korean Peninsula eventually, but apparently no one’s in any rush.