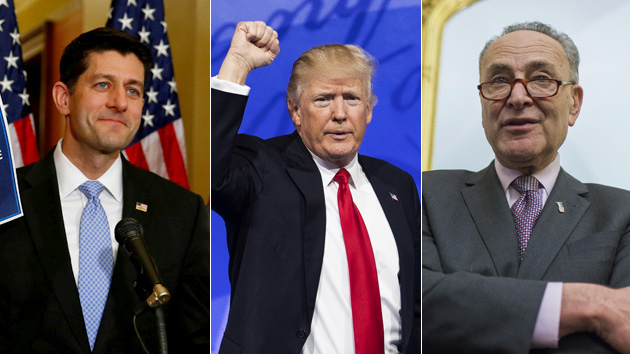 Earlier this morning I sketched out a possible compromise between Obamacare and Trumpcare that might have a chance of getting through Congress if everyone agrees to a plan that would rely on both Republican and Democratic votes. I consider the odds of such a thing small, but nevertheless it’s worth looking at why nearly everyone should find this idea attractive:

Who are the losers in this deal? Hardly anyone. The ultras lose, but everyone wants them to lose. Rich people lose a bit because they continue paying a modest tax, but frankly, I haven’t noticed that rich people are all that upset about it. They care more about capital gains taxes and top marginal rates. Talk radio shouters lose a reliable audience pot stirrer, but they’ll support Trump in the end. And they have plenty of other ways of keeping their listeners at a fever pitch of outrage anyway.

Oh, and I almost forgot: the American people would be big winners too. Already, Obamacare covers 20 million people. A new and improved TrumpamaCare would probably get to 30 million within a few years.

Given all this, it’s almost insane that this deal isn’t likely to happen.