Rep. Adam Schiff, the ranking minority member on the House Intelligence Committee, has called for Devin Nunes to recuse himself from further involvement in the Russia probe. This comes after Nunes’ bizarre unveiling of supposed evidence that the Obama White House really did surveil Trump aides during the transition. Nunes still hasn’t shown his evidence to anyone, and it appears increasingly likely that it doesn’t really show anything at all. Nor will he tell us who he met with on the White House grounds to procure his evidence. Here is Michael Isikoff:

The Schiff statement came as panel staffers speculated on the possible identity of Nunes’ White House source, focusing on Michael Ellis, a lawyer who worked for Nunes on the intelligence panel and who was recently hired to work on national security matters at the White House counsel’s office. A White House official and spokesman for Nunes declined to comment on whether Ellis was involved in providing information to Nunes, as did a spokesman for Schiff. White 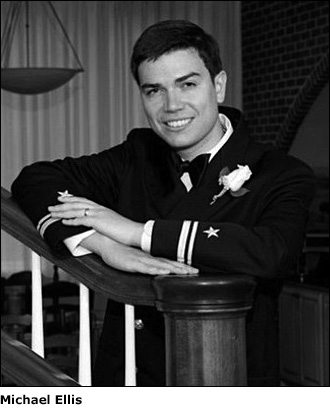 House press secretary Sean Spicer insisted that White House officials were not aware of Nunes’ secret trip to meet his source and referred all questions to Nunes’ office.

Democrats have been furious that Nunes has yet to describe precisely the classified intelligence he has seen. Nor has he shared any documents with others on the House intelligence panel. Nunes, for his part, defended his previously undisclosed trip to the White House grounds, telling CNN’s Wolf Blitzer that he had to view the classified documents in an executive branch location because the intelligence community had not yet provided them to Congress.

Michael Ellis is a former editor-in-chief of the Dartmouth Review and a longtime “promising young conservative.” Sadly, he’s not related to the Ellis side of the Bush family, which would have been great.