Paul Ryan and President Trump have been insisting for months that Obamacare is collapsing, failing, imploding, spiraling quickly into death. This is ridiculous, of course. It’s covering more than 20 million people at a lower cost than originally projected, and by any fair appraisal it’s been hugely successful.

But that’s not to say it has no problems. The Obamacare insurance pool is skewed toward the old and sick, and this has made it hard for insurers to turn a profit. Several smallish insurers have already left the market, and there are hundreds of counties in the US with only one insurer left on the exchanges. This is probably not fatal—CBO says the Obamacare market is stable—and it’s a problem that could be addressed fairly easily and inexpensively. Still, it does put the Obamacare market in modestly perilous shape. 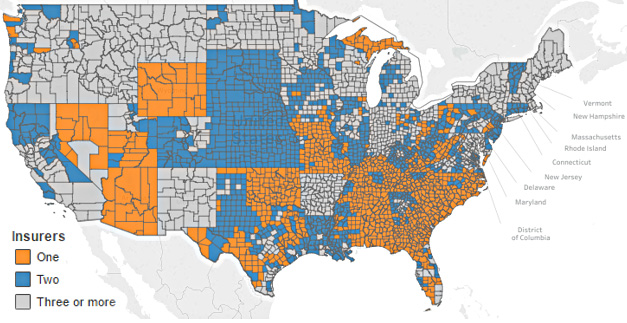 But what happens next? Even if the godawful Republican repeal effort fails, there’s every reason to think that Congress will try again. What’s more, it’s clear that they’ll do everything they can to undermine Obamacare along the way. In a few months, insurance companies have to decide whether they want to participate in the exchange market in 2018, and I wonder what they’ll decide? The uncertainty is sky high now, and that means they have little incentive to continue. Remember, most insurers swallowed big losses early on in hopes of building a stable, profitable market later. But what’s the point of absorbing losses if it looks like—at best—years and years of chaos ahead?

It may be that 2018 is safe. The exchanges are pretty close to profitable now, and it’s probably worth it for most insurers to stay on board for at least another year to see what happens. Still, I wonder. Merely by upending everything and making it clear just how dedicated they are to cutting taxes on the rich and cutting health coverage for the poor, have Republicans already managed to effectively repeal Obamacare without passing a single page of legislation?