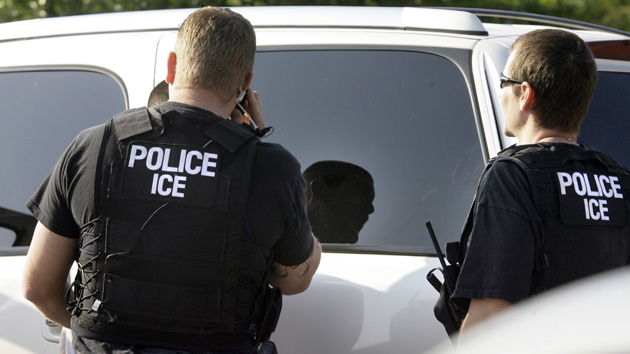 The Bakersfield Californian via ZUMA

Perhaps the most disgusting part of President Trump’s speech last night was this:

I have ordered the Department of Homeland Security to create an office to serve American victims. The office is called Voice, Victims of Immigration Crime Engagement….Joining us in the audience tonight are four very brave Americans whose government failed them. Their names are Jamiel Shaw, Susan Oliver, Jenna Oliver and Jessica Davis. Jamiel’s 17-year-old son was viciously murdered by an illegal immigrant gang member who had just been released from prison. Jamiel Shaw Jr. was an incredible young man with unlimited potential who was getting ready to go to college, where he would have excelled as a great college quarterback.

But he never got the chance. His father, who is in the audience tonight, has become a very good friend of mine. Jamiel, thank you. Thank you.

This is pure demagoguery. Let’s ask CIS if immigrants are more prone to crime than other groups:

We find that it would be a mistake to assume that immigrants as a group are more prone to crime than other groups, or that they should be viewed with more suspicion than others. Even though immigrant incarceration rates are high in some populations, there is no clear evidence that immigrants commit crimes at higher or lower rates than others.

CIS is the Center for Immigration Studies, one of the leading groups that opposes illegal immigration. If there were clear evidence that immigrants committed more crimes than native-born Americans, they’d be all over it. But in a long report, they conclude that the evidence is hopelessly mixed and simply doesn’t support the idea that immigrants commit more crimes than anyone else.1

Unfortunately, the raw data for arrests, convictions, and incarceration doesn’t include immigration status. This means you have to try to answer the question indirectly. For example, a BJS report suggests that 0.64 percent of immigrants are currently incarcerated vs. 0.51 percent of native-born Americans. But that doesn’t tell you anything about the type of crime. Maybe a lot of those immigrants are in jail solely for immigration violations. Or maybe not. We don’t know.

On another note, various studies have tried to correlate immigrant populations in different cities with crime rates. They’ve pretty consistently found that higher populations of immigrants don’t correlate with higher rates of crime. As with any ecological study, though, these conclusions depend a lot on exactly what kind of model you set up, what kind of data you have, and what you control for. They’re suggestive, but not conclusive.

All that said, there are lots of crime studies out there, and they come to lots of different conclusions about immigrants. But if you take them all together and look at them fair-mindedly, there’s really no good reason for thinking that immigrants commit crimes at higher rates than natives. They might very well commit crimes at lower rates. They certainly have more motivation to be law-abiding than most of us.

But that doesn’t mean they commit no crimes. And if you wave around enough bloody shirts, it’s pretty easy to whip up hysteria about hardworking American citizens being murdered on the streets by rampaging immigrants. That’s what Trump is doing, and it’s vile.

1They also say this:

Nevertheless, it also would be a mistake to conclude that immigrant crime is insignificant or that offenders’ immigration status is irrelevant in local policing. The newer information available as a result of better screening of the incarcerated population suggests that, in many parts of the country, immigrants are responsible for a significant share of crime. This indicates that there are legitimate public safety reasons for local law enforcement agencies to determine the immigration status of offenders and to work with federal immigration authorities.

If they could say anything stronger, I’m sure they would. In any case, it’s a pretty good report to read if you want to understand all the problems with existing data and existing studies. It’s a few years old, but still provides a nice summary of a complex subject.