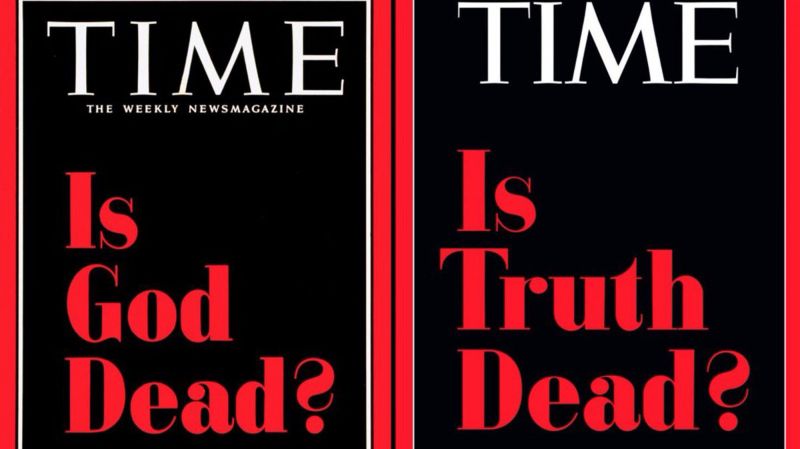 Right: The cover of this week's TIME Magazine. Left: The iconic cover from April 8, 1966 which inspired it.

Time’s Michael Scherer interviewed President Donald Trump on Wednesday for an upcoming cover story. Scherer’s thesis is that Trump deliberately makes unproven charges because “the fact that they are disputed makes them a more effective message, that you are able to spread the message further, that more people get excited about it, that it gets on TV.”

Sure. It’s as good a theory as any. As usual, I could spend the whole day just pulling out excerpts and—oh hell, let’s pull out some excerpts. There’s this:

You say that Ted Cruz’s father was with Lee Harvey Oswald.

You don’t feel like Comey’s testimony in any way takes away from the credibility of the tweets you put out, even with the quotes?

No, I have, look. I have articles saying it happened. But you have to take a look at what they, they just went out at a news conference. Devin Nunes had a news conference. I mean I don’t know, I was unable to see it, because I am at meetings, but they just had a news conference talking about surveillance. Now again, it is in quotes. That means surveillance and various other things. And the New York Times had a front-page story, which they actually reduced, they took it, they took it the word wiretapping out of the title, but its first story in the front page of the paper was wiretapping. And a lot of information has just been learned, and a lot of information may be learned over the next coming period of time. We will see what happens. Look. I predicted a lot of things that took a little of bit of time. Here, headline, for the front page of the New York Times, “Wiretapped data used in inquiry of Trump aides.” That’s a headline. Now they then dropped that headline, I never saw this until this morning. They then dropped that headline, and they used another headline without the word wiretap, but they did mean wiretap. Wiretapped data used in inquiry. Then changed after that, they probably didn’t like it. And they changed the title. They took the wiretap word out.

But you are saying to me now, that you don’t believe the intelligence community when they say your tweet was wrong.

Trump obviously prepared for this interview, and his theme was: I am always right. Seriously. Over and over he went down a list of all the things he’s predicted that turned out to be true. Donald Trump is always right. Got it? Okay then.