As you’ll recall from yesterday, bokeh refers to the blurry background in a photograph. It’s a word taken from the Japanese, probably because blurriness didn’t sound very professional. Besides, every profession needs its own jargon to refer to simple concepts in a way that will confuse outsiders.

This morning was bokeh test day. I chose flowers for my subjects because they don’t move around as much as some other subjects I could name. All of these shots are full frame, with a small bit of exposure compensation in some cases but no other retouching.

First up is a succulent of some kind, precise name unknown. This was taken very close with a sunny background in the far distance. The round white circles are typical of bokeh, so this shot makes an excellent test subject: 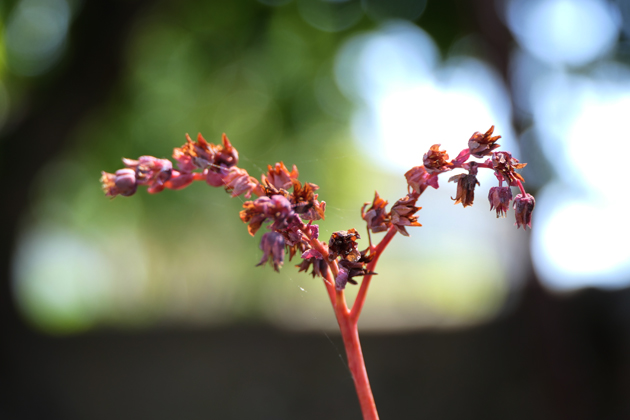 When professional photographers talk about bokeh, they mean more than just the blurriness itself. They’re talking about quality of the blurriness. Is it nice and smooth? Is it pleasing to the eye? Are the circles round, rather than cat-eyed? I’m not experienced enough to judge bokeh at a deep level, but this seems pretty good to me. However, anyone with more expertise is welcome to comment. Don’t worry: I won’t be offended if it’s not actually all that great.

For comparison, here’s the same shot with the old Canon. I couldn’t fill the whole frame, so this picture is cropped. It was also tricky to compose because the Canon doesn’t have as much focusing flexibility as the Lumix. It’s not bad, and you might actually prefer it to the Lumix version. But more to the point of this exercise, the amount of blurriness in the background is far less than the Lumix with its bigger sensor and longer lens. The Lumix can easily be set to provide less blurriness if you want, but the Canon can never get more than this:

Next up is a salvia. It’s similar to the picture of the succulent (i.e., taken up close with the background far away), but shot away from the sun: 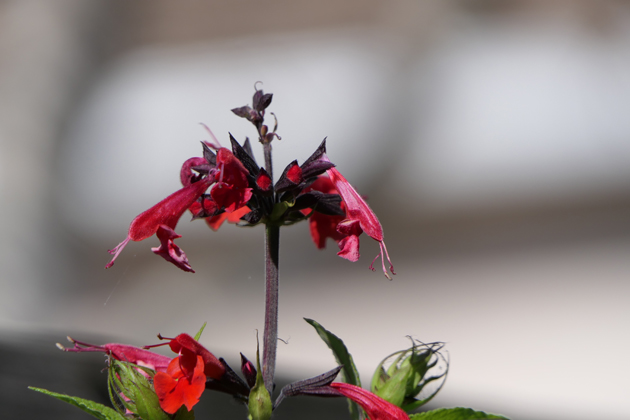 Next is a calla lily. This one was shot at medium zoom. It turns out the Lumix can focus pretty close even at longish focal lengths, which helps produce bokeh even when the background is fairly close: 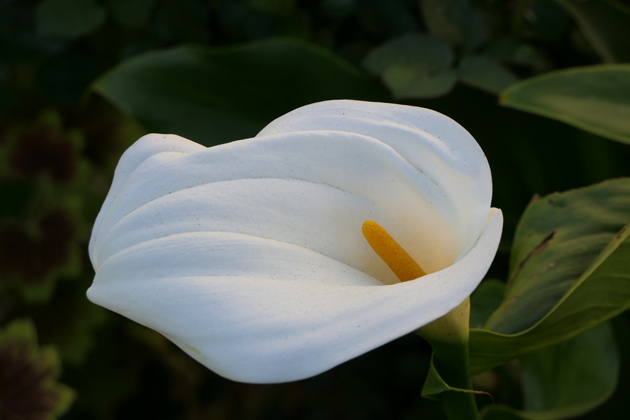 Ditto for this one, a pretty flower that I don’t know the name of: 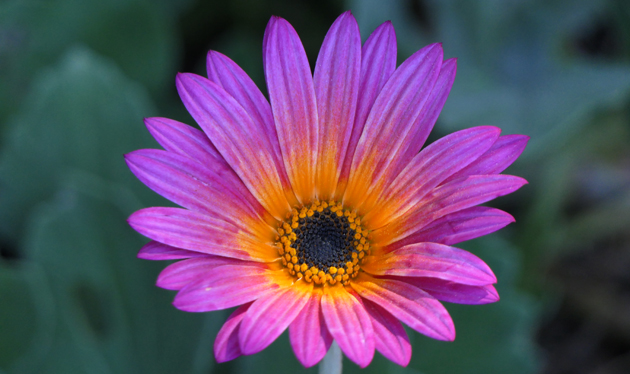 Thie next shot shows how you can use a narrow depth of field to highlight a single subject in a field. This was shot at maximum zoom, so the background flowers are out of focus even though they’re only a few inches away from the foreground flower: 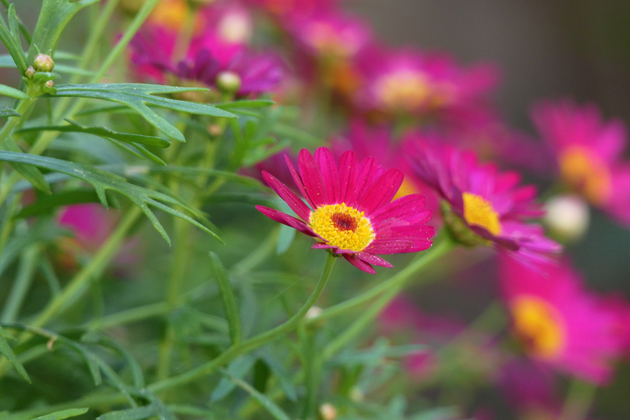 In theory, all of these pictures were shot at f4.5, which maximizes the bokeh. However, the Lumix randomly changes aperture on me for some reason, even though I have it set to aperture priority. I’m not sure what’s going on with that. However, I’ve downloaded the full manual, so I’ll study up on that today. 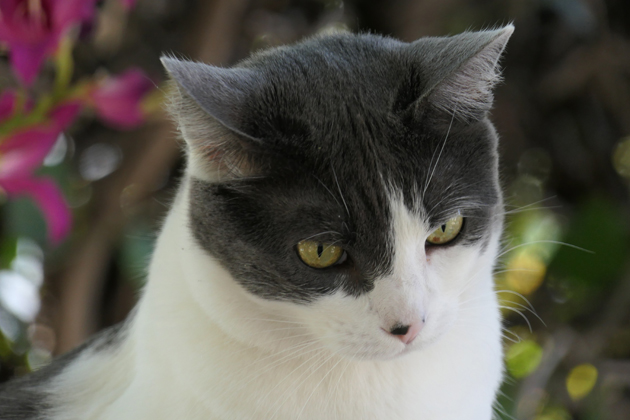