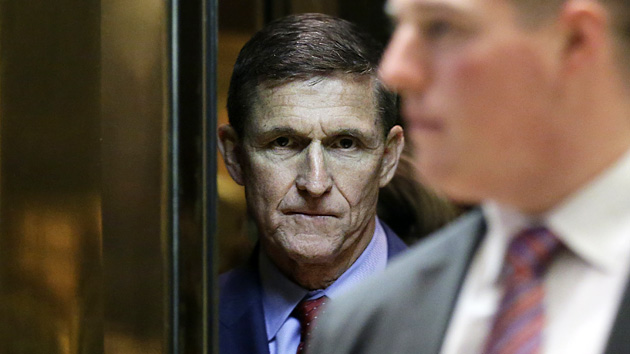 The routine lying by the Trump administration is just beyond belief. Mike Flynn has consistently denied that he talked to the Russian ambassador in December about President Obama’s sanctions against Russia, but apparently he did exactly that. Here are Greg Miller, Adam Entous and Ellen Nakashima in the Washington Post tonight:

Flynn on Wednesday denied that he had discussed sanctions with [Sergey] Kislyak. Asked in an interview whether he had ever done so, he twice said, “No.” On Thursday, Flynn, through his spokesman, backed away from the denial. The spokesman said Flynn “indicated that while he had no recollection of discussing sanctions, he couldn’t be certain that the topic never came up.”

….The emerging details contradict public statements by incoming senior administration officials including Mike Pence…Nine current and former officials, who were in senior positions at multiple agencies at the time of the calls, spoke on the condition of anonymity to discuss intelligence matters.

All of those officials said ­Flynn’s references to the election-related sanctions were explicit. Two of those officials went further, saying that Flynn urged Russia not to overreact to the penalties being imposed by President Barack Obama, making clear that the two sides would be in position to review the matter after Trump was sworn in as president. “Kislyak was left with the impression that the sanctions would be revisited at a later time,” said a former official.

A third official put it more bluntly, saying that either Flynn had misled Pence or that Pence misspoke. A spokesman for Pence did not respond to a request for comment. The sanctions in question have so far remained in place.

Nine officials! And every one of them says Flynn explicitly talked about the sanctions that Obama levied on Russia as retaliation for their cyber-hacking during the campaign. The message: don’t worry about it. We’ve got your back.

Do these guys ever tell the truth? About anything?