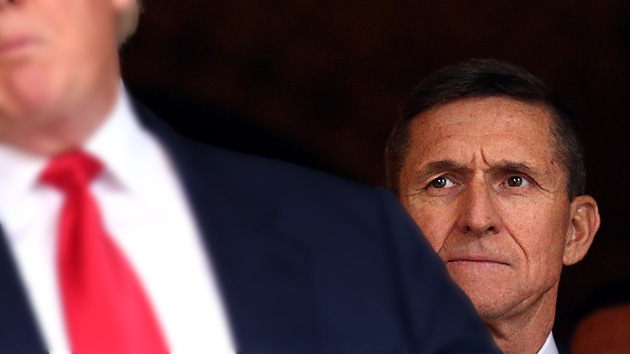 The acting attorney general informed the Trump White House late last month that she believed Michael Flynn had misled senior administration officials about the nature of his communications with the Russian ambassador to the United States….It is unclear what the White House counsel, Donald McGahn, did with the information.

Well, within a few days Trump had fired Yates for not defending his immigration order. At that point, I imagine no one in the White House felt like approaching the boss with any other bad news she had passed along. In any case, the issue here is threefold. First, did Flynn talk with Russian Ambassador Sergey Kislyak during the transition to assure him he shouldn’t worry about Obama’s sanctions for interfering with the election? Second, was Flynn in touch with Kislyak before the election, while the Russian interference was actively taking place? And third, did he lie about it?

In the waning days of the Obama administration, James R. Clapper Jr., who was the director of national intelligence, and John Brennan, the CIA director at the time, shared Yates’s concerns and concurred with her recommendation to inform the Trump White House. They feared that “Flynn had put himself in a compromising position” and thought that [Vice President Mike Pence] had a right to know that he had been misled, according to one of the officials, who, like others, spoke on the condition of anonymity to discuss intelligence matters.

A senior Trump administration official said that the White House was aware of the matter, adding that “we’ve been working on this for weeks.”

….Kislyak, in a brief interview with The Post, confirmed having contacts with Flynn before and after the election, but he declined to say what was discussed.

So: the intelligence community concurred that Flynn had spoken to Kislyak about sanctions; he “misled” Pence about this; the Trump White House has known about this for weeks; and Flynn was indeed in contact with Kislyak during the campaign. It’s no wonder that the White House has declined to stand behind Flynn and now says they are “evaluating the situation.”

The Justice Department had warned the White House that Mr. Flynn…could be open to blackmail by Russia, said a former senior official….The White House has examined a transcript of a wiretapped conversation that Mr. Flynn had with Sergey I. Kislyak, the Russian ambassador….The conversation, according to officials who have seen the transcript of the wiretap, also included a discussion about sanctions imposed on Russia after intelligence agencies determined that President Putin’s regime tried to interfere with the 2016 election on Mr. Trump’s behalf.

Still, current and former administration officials familiar with the call said the transcript was ambiguous enough that Mr. Trump could justify both firing or retaining Mr. Flynn….Former and current administration officials said that Mr. Flynn urged Russia not to retaliate against any sanctions because an overreaction would make any future cooperation more complicated. He never explicitly promised sanctions relief, one former official said, but he appeared to leave the impression that it would be possible.

The AP’s Julie Pace confirms that the White House has been aware of this for weeks. The Times claims that Mike Pence is especially peeved at Flynn and has taken his concerns directly to Trump. They also say that White House officials have already started “discussing the possibility of replacements.”

The other big question here is, inevitably, what did the president know and when did he know it? Was Flynn freelancing the whole time? Or was he acting with Trump’s blessing? A few days ago David Corn asked what had become of the big Russia scandal, which seemed to have disappeared from view, and now we know. It was just waiting for the right moment to rear its ugly head again.