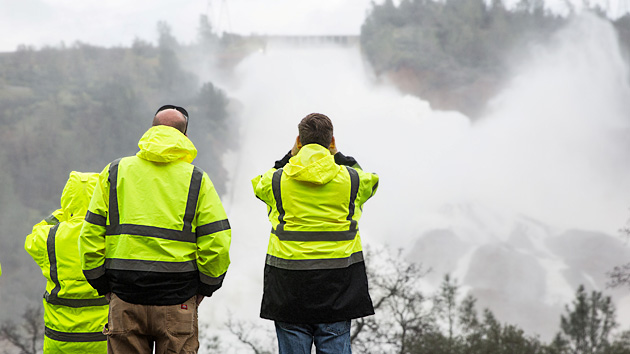 Victor Davis Hanson is a native Californian who hates California because it’s become too brown and too liberal. Today he takes to the LA Times to use the Oroville Dam disaster as a way of riding all his usual hobbyhorses:

….The dam was part of the larger work of a brilliant earlier generation of California planners and lawmakers….The water projects created cheap and clean hydroelectric power…ensured that empty desert acreage on California’s dry west side of the Central Valley could be irrigated…spectacular growth in the San Francisco Bay Area and Los Angeles Basin.

….Yet the California Water Project and federal Central Valley Project have been comatose for a half-century….Necessary improvements to Oroville Dam, like reinforced concrete spillways, were never finished….A new generation of Californians — without much memory of floods or what unirrigated California was like before its aqueducts — had the luxury to envision the state’s existing water projects in a radically new light: as environmental errors….Indeed, pressures mounted to tear down rather than build dams. The state — whose basket of income, sales and gas taxes is among the highest in the country — gradually shifted its priorities from the building and expansion of dams, reservoirs, aqueducts, bridges and highways to redistributionist social welfare programs, state employee pensions and an enormous penal archipelago.

LOL. The reason the Oroville Dam wasn’t upgraded ten years ago is because all those salt-of-the-earth farmers that Davis admires didn’t want to pay for the upgrades via higher water rates. Here’s the San Jose Mercury News:

Environmentalists noted Friday that they had tried in 2005 to persuade the federal government to require the state to cover the emergency spillway with concrete. But the agency that was relicensing the dam, the Federal Energy Regulatory Commission, declined after opposition from the state Department of Water Resources and the State Water Contractors, a group of 27 water agencies who were concerned about the cost.

Hanson should have listened to his initial instincts: the Oroville Dam is too good a metaphor for the condition of the state as a whole: