Aside from whatever Donald Trump happens to be tweeting about, the biggest topic in DC right now is this:

Republicans finally have the power to repeal Obamacare, but they’re still not sure how

In Washington, Republicans are also struggling to figure out what to do with Obamacare insurance marketplaces that Republicans worked for years to dismantle. In a reversal, GOP leaders now are trying to 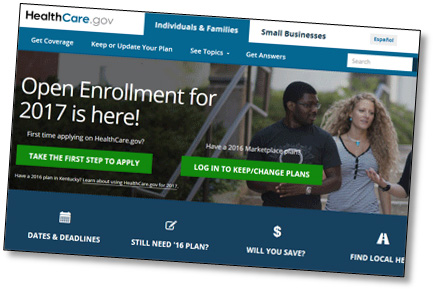 figure out how to prevent their collapse, which would jeopardize coverage for millions more Americans.

Insurance experts, including leading industry officials, have repeatedly warned Republicans over the past several months that repealing the health law without a replacement risks destabilizing insurance markets and will push many insurers to simply stop selling health plans.

Some in Congress seem to think that passing the “repeal” part immediately but delaying its implementation for two or three years will somehow leave everything as it is now. But this naive notion misses the fact that the riskiness of the Obamacare individual insurance exchange markets will have been ramped up to such a level that continuing makes no sense.

Even if a company reaches break-even in the “delay” years, it will lose when the repeal is effective. If the premium subsidies now available to lower-income enrollees go away immediately and the mandate to sign up for an insurance plan disappears, then the number of people purchasing individual policies on the exchanges will drop like a rock. In fact, it is clear that even debating this scenario is likely to be self-fulfilling, since insurers must decide on their participation for 2018 by the late spring of 2017. Look for many to leave then.

Insurers are participating in the exchanges because they hope to make steady profits once the early problems are worked out. But if there’s no future for the exchanges, why bother? They’re taking losses for nothing. They might as well jump ship now.

Donald Trump is obviously worried about this, tweeting that Republicans need to make sure they don’t get any of the blame if Obamacare collapses. “Be careful!” he tweets. Newt Gingrich said much the same, and Greg Sargent decodes what this means:

Note that Gingrich’s primary concern is that Republicans will be put in the optical position of taking the blame for millions losing coverage — which, of course, would actually happen if Republicans do repeal the law without replacing it. So 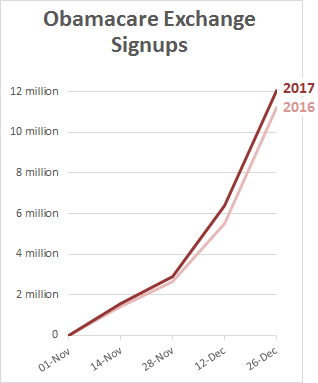 Republicans must create a way to make those who would lose coverage believe they won’t lose it later, with some sort of “bridge” that will keep them covered until that long-promised GOP replacement finally materializes.

The truth is that the Obamacare exchanges are in pretty good shape. There are problems here and there, and some people really have gotten hit with big premium increases. Overall, though, more than 10 million people are getting affordable health coverage from the exchanges and millions more are getting it from the Medicaid expansion. Premiums are now about where they should have been all along, and will probably increase at normal rates in the future. Obamacare isn’t perfect, but it’s in pretty good shape.

If it collapses, it will be due solely to appalling recklessness from the Republican caucus, which is afraid to put forward a plan of its own. That fear is well founded: It would take no more than a few days for everyone to figure out just how stingy it is and how many people would lose coverage under it.

If Republicans insist on hiding their plan from the American public, there’s only one possible reason for that: it’s terrible and they know it. Right now we have a working program that helps millions of low-income afford health insurance. If it collapses, that’s on Republicans. And they know it.