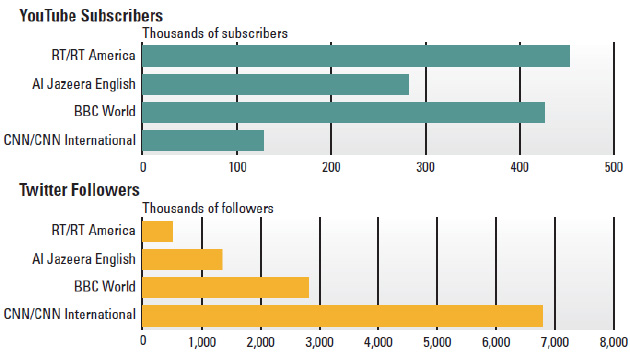 Yesterday I noted that the intelligence report on Russian hacking devoted an awful lot of space to RT America, the Kremlin-funded cable TV network. That struck me as odd since I don’t think RT had much influence on the election. Shortly after I wrote that, I got this tweet:

@kdrum
Don’t think you know how influential RT is among Christian Right, most of whom don’t know what RT means

I think you underestimate the influence of RT on the Jill Stein and “Never Hillary” crowd among Bernie supporters. This is only one aspect of delegitimizing the center. A leftist progressive friend who works on Syrian refugee issues was really disturbed by how many on that part of the spectrum think Putin is just dandy.

And this from Vox’s Zack Beauchamp:

….According to the report, RT — as well as Sputnik, another Russian government–funded English-language propaganda outlet — began aggressively producing pro-Trump and anti-Clinton content starting in March 2016. That just so happens to be the exact same time the Russian hacking campaign targeting Democrats began.

….During the 2016 campaign, RT aired a number of weird, conspiratorial segments — some starring WikiLeaks’ Julian Assange — that cast Clinton as corrupt and funded by ISIS and portrayed the US electoral system as rigged.

Put this all together and you have a portrait of a sometimes Alex Jones-esque “alternative channel” that appeals to fringe elements on both the left and right and successfully hides its identity from them. As the charts from the ODNI report show, it’s also one with a growing social media presence, even if the precise numbers in the report aren’t wholly reliable. I still don’t know whether this translated into more than a negligible impact on the race, but I thought it was worth passing along. It may be that RT is more important than I give it credit for.