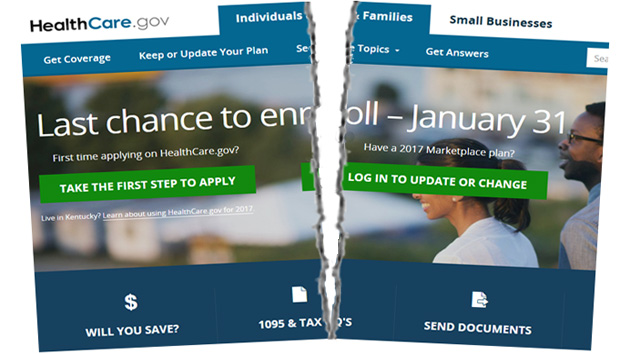 I’ve written before about the possibility that repealing bits and parts of Obamacare—which is all Republicans can do—will destroy the individual insurance market. Not just the Obamacare exchanges, but the entire market. Insurers would still be required to insure everyone who applies for coverage, but there would be no subsidies and no mandate. The result would be a flood of super-expensive patients like me, and virtually no healthy people to balance out the pool. If that happens, insurers will simply exit the individual market rather than take huge losses.

A few days ago, a recording of a private meeting among congressional Republicans surfaced. This recording made it clear that Republicans understand this problem perfectly well:

Washington Post: These leaders acknowledged in Thursday’s meeting, as they have before, that Obamacare cannot be fully undone — or replaced — without Democratic cooperation.

Politico: Rep. Tom McClintock (R-Calif.) fretted about what would happen to the insurance market after Republicans pass a repeal bill but before an alternative is put in place….“My concern is the post-reconciliation market could be one in which the client plans [prices] go up or … are not available, and that is the market that Republicans will own,” he said.

Here’s the only reaction I could find from the insurance industry:

“At a time when the individual market faces challenges, we need as many people as possible to participate — so that costs go down for everyone,” said Kristine Grow, spokeswoman for America’s Health Insurance Plans.

This wasn’t even a reaction to Obamacare repeal, either. It was a reaction to the Trump administration’s childish attempt at sabotaging signups for 2017. Basically, the insurance industry has been curiously quiet about the whole thing.

Why? They know the stakes better than anyone. Recent premium hikes hold out the promise that after years of losses, their Obamacare business will finally turn profitable this year or next. But a ham-handed repeal effort does just the opposite. The individual market would become massively unprofitable, and insurers would have to decide whether to ride it out for a year or two, or simply abandon the individual market altogether. These are really lousy alternatives.

This makes their silence hard to understand. Are they biding their time? Have they given up? Are they lobbying hard, but doing it very quietly? Aside from the people who would be left without medical care under a Republican repeal, insurers stand to lose the most. Why aren’t they being more public about this?