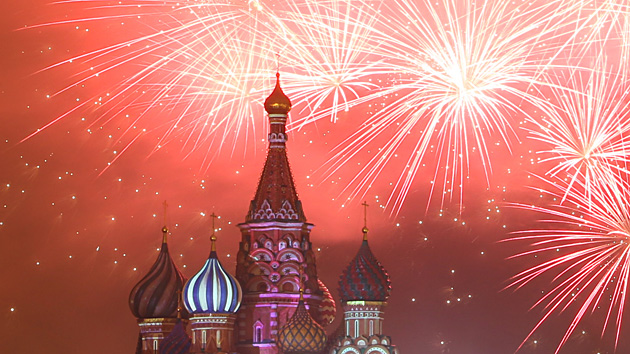 The Washington Post passes along the juiciest bit of the CIA’s classified report on Russian hacking:

Senior officials in the Russian government celebrated Donald Trump’s victory over Hillary Clinton as a geopolitical win for Moscow, according to U.S. officials who said that American intelligence agencies intercepted communications in the aftermath of the election in which Russian officials congratulated themselves on the outcome.

The ebullient reaction among high-ranking Russian officials — including some who U.S. officials believe had knowledge of the country’s cyber campaign to interfere in the U.S. election — contributed to the U.S. intelligence community’s assessment that Moscow’s efforts were aimed at least in part at helping Trump win the White House.

Then NBC News got into the act:

The official agreed to talk to NBC News after the Post published leaked details of the review because the official felt that the details the paper chose focused too much on the Russian celebration and not enough on the thrust of the report.

Two top intelligence officials with direct knowledge told NBC News that the report on Russian hacking also details Russian cyberattacks not just against the Democratic National Committee, but the White House, the Joint Chiefs of Staff, the State Department and American corporations.

….The report, on which Obama was also orally briefed, explains what intelligence agencies believe are Moscow’s motives, including, in part, a desire to disrupt the American democratic process. But the intelligence analysts who prepared the report also concluded that the hacks were payback for the Obama administration’s questioning of Vladimir Putin’s legitimacy as president.

Tomorrow Donald Trump will get his own briefing on the CIA report. That oughta be good. And in other Trump-related news, we got yet another outraged tweet about cars today:

It’s true that Toyota is moving production of the Corolla to Mexico. But here’s the thing: they’re moving it from Canada. This is not exactly breaking news, either: the Canadian media reported all this nearly two years ago.

Unless it infuriates you that we’re importing some Corollas from Mexico instead of Canada, this is a nothingburger. On the other hand, if you just want to demagogue Mexico, I guess it’s tailor made.