Well, Donald Trump is just playing with us now. The great protector of the working class plans to nominate for Secretary of Labor—that’s Secretary of Labor—Andrew Puzder, the wealthy CEO of a fast-food empire who doggedly opposes a wide variety of worker protections imposed by big government. He also seems to take a fairly dim view of human labor in general, regardless of how much it costs:

Puzder doesn’t think that it’s likely that any machine could take over the more nuanced kitchen work of Carl’s Jr. and Hardee’s. But for more rote tasks like grilling a burger or taking an order, technology may be even more precise than human employees. “They’re always polite, they always upsell, they never take a vacation, they never show up late, there’s never a slip-and-fall, or an age, sex, or race discrimination case,” says Puzder of swapping employees for machines.

Puzder might not be quite as bad as that quote suggests, but he’s hardly a fulsome friend of the working man and woman. On the bright side, Carl’s Jr. makes a good burger. If they could just improve their fries, they’d be great. 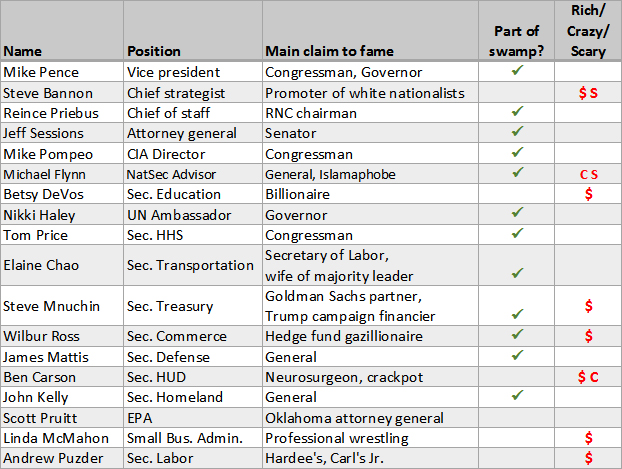