Slate is moving boldly beyond the now-routine practice of releasing early exit poll results. It has teamed up with VoteCastr, a Silicon Valley startup run by data gurus from both the George Bush and Barack Obama campaigns, to provide us with real-time estimates of who’s ahead throughout the day:

VoteCastr will make rolling projections of how many ballots have been cast for each candidate in each of the states we’re tracking: Florida, Iowa, New Hampshire, Nevada, Ohio, Pennsylvania, and Wisconsin. If you visit Slate at 11 a.m. EST on Tuesday, you’ll see projections for how many votes 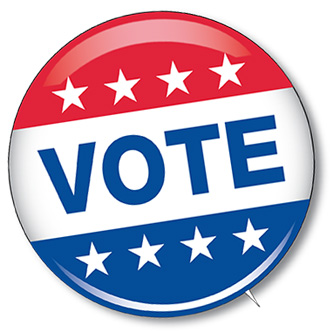 have been cast for Hillary Clinton and Donald Trump in each of those states as of 11 a.m.

….Slate readers will be able to watch live as those vote totals update throughout Election Day. They’ll also be able to sort the data in a number of different ways. We’ll make it possible, for instance, to compare real-time turnout in Trump-leaning counties and Clinton-leaning counties, as well as to gauge turnout in counties grouped by age, income, and race. If our real-time trackers are seeing that turnout in Pennsylvania’s middle class or predominantly black counties has surpassed 2012 levels, you’ll know that. If turnout in Ohio counties that are predominantly white or lower class does the same, you’ll know that, too.

Needless to say, this is a horrible abuse of the editorial process that we should all strongly denounce—which I’ll probably get around to doing on Wednesday because I’ll be too busy obsessively checking it throughout the day on Tuesday. I’m willing to bet that all the other denouncers will be checking it too.

In other words, this doesn’t really bother me. Maybe I’ve just gotten too jaded. But honestly, it’s not clear that being aware of these estimates affects voting patterns very much. Are you more likely to vote if your guy is ahead and you’re stoked about it? Or if your guy is behind and you’re scared that someone horrible will win? Beats me. Besides, if more than 0.5 percent of the population is actually aware of what Slate is doing, I’d be surprised.

Anyway, we’ll see. I expect my Twitter feed to be full of folks either panicky or gleeful about the latest VoteCastr results. So I probably couldn’t ignore it even if I wanted to.