Atrios has a question:

I’m a bit confused about the obsession with all of the soon to be out of work truck drivers due to automated technology. Don’t get me wrong, I’m not a fan of industries being crushed too quickly….Still “what about the truck drivers” seems to get a lot more attention than other industries greatly hit by changes in technology/trade rules/taste evolutions/supply chain modifications.

….I’m not arguing it’ll be a good thing for people impacted by it, just curious why this particular bad thing which hasn’t even happened yet gets so much attention.

Like a lot of journalists, I wrote a piece for publication after the election that became suddenly obsolete on the morning of November 9 and was promptly sent down the memory hole. However, it happens to include an answer to Atrios’s question. So in the spirit of never wasting any of 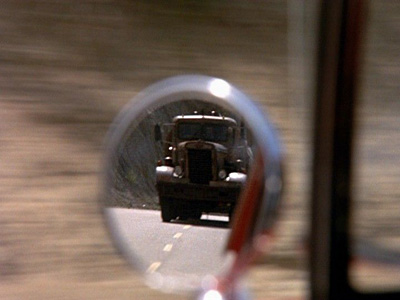 my precious words, here it is. It’s framed as advice to, um, president-elect Hillary Clinton:

Start thinking about robots. Don’t laugh. Ordinary automation has been part of the labor scene for decades, but smart machines haven’t yet had a big effect on semi-skilled and unskilled labor. That’s about to change. If this wasn’t clear already, it became alarmingly concrete in October when a trucking company delivered 50,000 cans of Budweiser from Loveland to Colorado Springs—without a driver. Within a few years, this technology will go from prototype to full production, and that means millions of truck drivers will be out of a job.

But that’s not even the worst of it. Self-driving trucks—and cars and buses and ships—rely on software that mimics human intelligence. Once that software is good enough to drive a truck, it will be good enough to do a lot of other things too. It won’t be millions of people out of work, it will be tens of millions.

The jobocalypse is still a decade away, but progressives should be out in front on this—and Clinton should make a start on figuring out solid policy responses that can become a cornerstone of her future economic policy. This isn’t something that needs to involve Congress at this point. President Clinton can do it all on her own.

Aside from the fact that it’s visible, easy to understand, and relatively near-term, the reason that automated trucking draws a lot of attention is that it’s likely to be the first truly widespread, economically disruptive application of artificial intelligence. And it’s gaining on us.