This is only one poll, and the sample size is small. Still, it’s the well-respected WSJ/NBC poll, and it suggests the possibility of unprecedented doom for the GOP in November:

In the new survey, Mrs. Clinton jumped to an 11-point lead over Mr. Trump among likely voters on a ballot including third-party candidates, up from 6 percentage points in September….The weekend survey found signs of women moving away from Mr. Trump. Mrs. Clinton’s advantage among women increased to 21 percentage points, from 12 points in the September Journal/NBC Survey. Mr. Trump retained a small, 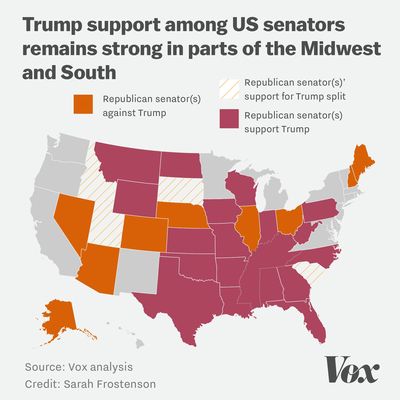 Eleven points! Among women, Clinton is now 21 points ahead, up nine points since the previous poll. This polling was done over the weekend, after the Pussygate tape was released but before Sunday’s debate.

In other words, it might get even worse. In fact, since the rumor mill suggests that more videos of Trump are coming over the next few weeks, it probably will get worse. Trump seems to think that a press conference with Paula Jones will turn this around, but that’s beyond crazy. Republicans are already jumping ship to save their own skins, and polls like today’s will feed the panic. Soon Trump will have nothing left but the Old Confederacy—a fitting end for a racist, misogynistic, xenophobic creep.