I know this is pretty meaningless, but TPC has released its latest—and presumably final—analyses of the Trump and Clinton tax plans. There’s nothing surprising in them: Trump’s plan features gigantic tax cuts for the wealthy and Clinton’s features big tax increases on the wealthy. For the record, here’s how they pencil out: 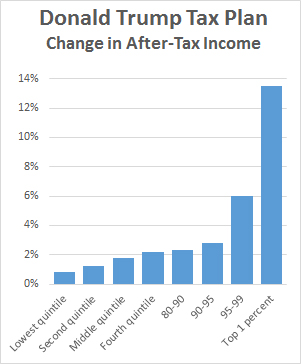 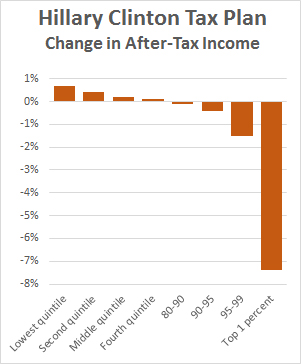 TPC estimates that Clinton’s plan would raise $1.4 trillion over ten years and reduce the federal deficit by $1.6 trillion. Trump’s plan would cost $6.2 trillion and increase the deficit by $7.2 billion. Needless to say, that’s just for the tax plans themselves. Clinton’s overall budget proposal would be roughly revenue neutral once you account for her spending proposals. Likewise, Trump’s plan might be slightly less of a deficit buster if he cuts spending somewhere—though he’s ruled out most areas of the budget for spending cuts and hasn’t identified any specific cuts in the few areas left.

Assuming that Trump has no sizeable budget cuts in mind, his plan would increase the national debt from about 90 percent of GDP to 115 percent of GDP by 2026. In other words, it’s fiscally conservative, using the modern definition of the term.