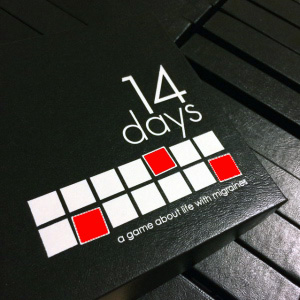 With only 14 days left before Election Day, it hardly feels worth it to highlight Donald Trump’s latest public declaration of ignorance, but I have another point to make about today’s Trump Follies. Here is Donald on Obamacare:

Well, I don’t use much Obamacare, I must be honest with you, because it is so bad for the people and they can’t afford it. And like, for instance, I’m at Trump National Doral in Miami, and we don’t even use Obamacare. We don’t want it. The people don’t want it, and I spend more money on health coverage, but we don’t use it.

The obvious point to make is that Trump obviously has no idea what Obamacare is. He’s apparently under the impression that it’s some kind of option that employers can choose as group insurance for their employees. Ha ha. What an idiot.

And that’s true enough. But did you notice something else? Once again, Trump has made it clear that he has no idea how his own businesses are run. This is hardly the first time, either. As near as I can tell, Trump’s job as CEO of the Trump Organization is to (a) watch a lot of TV, (b) appear on a lot of TV, (c) make command decisions about what kind of marble to use in the bathrooms, and (d) threaten to sue people who get in his way. Beyond that, he appears to play no real role in running things.

This explains, for example, his promise last year to release his tax returns. He made that promise because he had no idea what was in them. It was only later, when someone on his finance team apparently pointed out what they contained, that he reneged on his promise. It also explains his frequent business failures. He was in love with the Plaza Hotel but had no idea what it was worth or how to run it. He loved the idea of owning an airline but had no clue about the shuttle market. He loved the casino business, but was entirely ignorant about casino operations. He loves to play golf, but doesn’t understand the business of golf. Etc. He’s spent his whole life diddling around in businesses that seemed interesting, but without knowing anything about them or understanding how to run them.

His presidential campaign is the same thing. He thought it sounded neat to run for president but had no interest in how campaigns are actually run. If he ever became president, it would be more of the same. He’d run the country the way he runs his golf courses: making windswept exits from helicopters to deliver grand statements, and then quickly losing all interest. At best, things would toddle along without catastrophe if he picked decent people to run things. At worst, he’d pick fellow con men who would embroil him in endless scandals that made Teapot Dome look like a child’s lark.

Luckily, we’ll never have to find out.