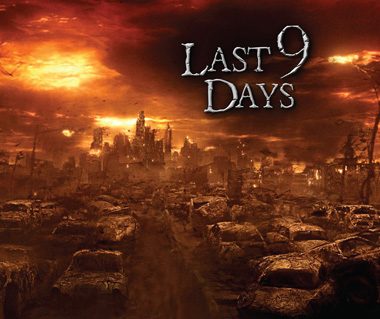 We’re into single digits, people. There are only 9 days left until the hellscape of this year’s presidential campaign ends. In the meantime, let’s play a game! Can you guess who the mystery man is in this story?

In the fall of 1996, a charity called the Association to Benefit Children held a ribbon-cutting in Manhattan for a new nursery school serving children with AIDS. The bold-faced names took seats up front. There was then-Mayor Rudolph W. Giuliani (R) and former mayor David Dinkins (D). TV stars Frank and Kathie Lee Gifford, who were major donors. And there was a seat saved for Steven Fisher, a developer who had given generously to build the nursery.

Then, all of a sudden…“There’s this kind of ruckus at the door…He just gets up on the podium and sits down.”…“Frank Gifford turned to me and said, ‘Why is he here?’ ” Buchenholz recalled recently. By then, the ceremony had begun. There was nothing to do.

Once he was onstage, he played the part of a big donor convincingly. Photos from the event show him smiling, right behind Giuliani, as the mayor cut the ribbon. During the “celebratory dance” segment of the program, he mugged and did the macarena with Giuliani, Kathie Lee Gifford and a group of children.

“I am just heartsick,” Buchenholz, the executive director, wrote the next day to the donor whose seat had been taken. Buchenholz provided a copy of the email.

What’s that? You all guessed Donald Trump? Seriously? All of you? Damn. And here I thought I was being so clever. But click the link anyway to read David Fahrenthold’s latest reporting on the almost pathological aversion to actual charity that has marked Donald Trump’s life.

Meanwhile, in the breaking news department, Comeygate is getting fishier and fishier. It’s already unclear why FBI Director James Comey decided to ignite a firestorm over a set of emails that nobody had read yet and quite possibly have nothing to do with Hillary Clinton. It’s also unclear why the FBI hasn’t yet gotten a warrant to go ahead and read the emails, something that most likely could be done in a few hours. Now there’s this:

The FBI agents investigating Hillary Clinton’s use of a private email server knew early this month that messages recovered in a separate probe might be germane to their case, but they waited weeks before briefing the FBI director, according to people familiar with the case….Given that the Clinton email team knew for weeks that it may have cause to resume its work, it is unclear why investigators did not tell Comey sooner.

This is now getting beyond a case of mere poor judgment on Comey’s part. If the FBI knew about these messages weeks ago, they could easily have gotten a warrant and begun looking at them. If they were harmless—which I’m willing to bet on—Comey could then have either said nothing, or else made it clear that the emails were nothing new.

Instead, the Bureau sat on this for weeks; failed to get a warrant; and informed Comey only at the very tail end of a presidential campaign, when there wouldn’t be enough time to release any exonerating information before Election Day. And if published reports are accurate, Comey went public with this within ten days of an election—something that contravenes longstanding policy at the Department of Justice—because he basically figured he was operating under a threat that it would be leaked with or without him.

If you had material that was literally meaningless because no one had yet looked at it, but you wanted to make it sound sinister, this is how you would play it. Is that just coincidence? Beats me. But something smells very, very rotten here.

POSTSCRIPT: Still, let’s stay clear on something. The behavior of Comey and the FBI is somewhere between clueless and scandalous, but the behavior of the media has been flatly outrageous. Given what we know, there is simply no reason for this to have been a 24/7 cable obsession—or to command the entire top half of the front page of the New York Times. This massive amount of attention has been in the service of literally nothing new. Once again, though, when the press hears the words “email” and “Hillary Clinton” anywhere near each other, they go completely out of their minds.