A few days ago Brad DeLong tagged a piece by David Warsh that promises to be a preface of sorts to a 14-part series about some new research into the nature of finance and the origins of the Great Recession. It actually looks pretty interesting, but I confess I’m a little unclear about one of its central points.

As we all know, one of the problems the Great Recession uncovered was the brave new world of rocket science derivatives, which were so complex that no 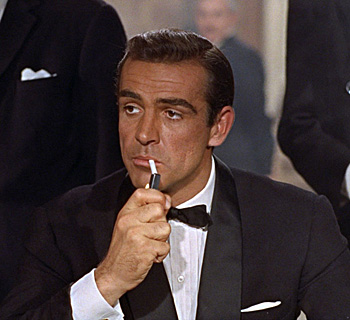 one truly knew what they represented. Warsh suggests that this is no accident:

Stock markets existed to elicit information for the purpose of efficiently allocating risk. Money markets thrived on suppressing information in order to preserve the usefulness of bank money used in transactions and as a store of value. Price discovery was the universal rule in one realm; an attitude of “no questions asked” in the other.

….This new view of the role of opacity in banking and debt is truly something new under the sun. One of the oldest forms of derision in finance involves dismissing as clueless those who don’t know the difference between a stock and a bond. Stocks are equity, a share of ownership. Their value fluctuates and may drop to zero, while bonds or bank deposits are a form of debt, an IOU, a promise to repay a fixed amount.

That economists themselves had, until now, missed the more fundamental difference — stocks are designed to be transparent, bonds seek to be opaque — is humbling, or at least it should be. But the awareness of that difference is also downright exciting to those who do economics for a living, especially the young. Sufficiently surprising is this reversal of the dogma of price discovery that those who have been trained by graduate schools in economics and finance sometimes experience the shift in Copernican terms: a familiar world turned upside down.

I can’t do justice to the whole idea in an excerpt, but this gives you a taste of Warsh’s thesis. But it confuses me. Certainly he’s right that mortgage-backed securities of the aughts were astonishingly opaque, but why does that lead us to believe that bonds, in general, “seek to be opaque”? For most of the 20th century and before, bonds were considerably simpler than the derivatives of the 21st century. The value of a corporate bond depended on the likelihood of bond payments being made, which in turn depended on the profitability and overall growth prospects of the firm. The value of a company’s stock also depended on the profitability and overall growth prospects of the firm. If you knew one, you knew the other. Bonds, in general, were no more opaque than stocks. And none of this had any relation to bank money, did it?

Maybe this will all be explained later. If Warsh is arguing that the transparency of the debt and equity markets have changed over the past decade or so, that’s one thing. But if he’s arguing that they’ve always been fundamentally different, then I have some questions. I hope he answers them over the next 14 weeks.