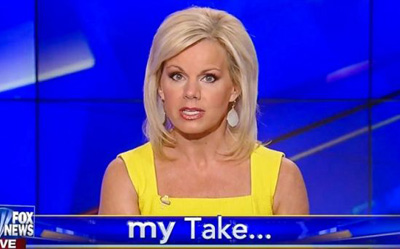 Former Fox News anchor Gretchen Carlson said she had tape recordings of Roger Ailes being a disgusting creep. Sadly, we’ll never get to hear them:

21st Century Fox is pleased to announce that it has settled Gretchen Carlson’s lawsuit….We sincerely regret and apologize for the fact that Gretchen was not treated with the respect and dignity that she and all of our colleagues deserve.”

Ms. Carlson issued the following statement: “I am gratified that 21st Century Fox took decisive action after I filed my Complaint. I’m ready to move on to the next chapter of my life in which I will redouble my efforts to empower women in the workplace.”

This statement was accompanied by a $20 million check, and you might be forgiven if you think that’s an awful lot of money for a mere lack of “respect and dignity.” Those must have been some tapes.

In related news, two other women at Fox are expected to receive settlements, and Greta Van Susteren abruptly resigned from Fox today. Apparently no one knows what the Van Susteren thing is about. Maybe it’s got nothing to do with Ailes and Carlson. It’s odd timing, though, two months before Election Day.