Liz Spayd, the New York Times public editor, writes today about charges of “false equivalence.” She basically blows it off:

As we enter the final sprint of an extraordinary presidential campaign, the use of this term is accelerating, and it typically is used to attack news outlets accused of unfairly equating a minor failing of 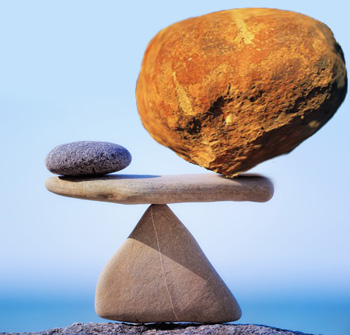 Hillary Clinton’s to a major failing of Donald Trump’s.

….The problem with false balance doctrine is that it masquerades as rational thinking. What the critics really want is for journalists to apply their own moral and ideological judgments to the candidates….I can’t help wondering about the ideological motives of those crying false balance, given that they are using the argument mostly in support of liberal causes and candidates.

Spayd is getting plenty of flak for this on social media, and I think it’s partially deserved. There’s no question that charges of false equivalence are often partisan, but her job should be to figure out if they’re correct anyway. She doesn’t even really try to do that.

At the same time, Spayd also makes a valuable point that gets too little attention. Some of the Times’ reporting on the Clinton Foundation has been important, she says:

On the other hand, some foundation stories revealed relatively little bad behavior, yet were written as if they did. That’s not good journalism. But I suspect the explanation lies less with making matchy-matchy comparisons of the two candidates’ records than with journalists losing perspective on a line of reporting they’re heavily invested in.

Yep. I frequently read stories that should have been spiked because they don’t really say much of anything. The problem is that after spending days or weeks reporting something, no reporter wants to leave empty-handed. So they write something, even if it’s little more than narrative or innuendo. Editors should be more aggressive about killing stuff like this.

There’s an additional point that Spayd doesn’t make: some stories naturally lend themselves to continual coverage, while others don’t. The Clinton email story is an obvious example of the former. Donald Trump’s tax returns are an example of the latter. These are probably equally important stories, but the email story gets dozens of front-page hits simply because new information drips out steadily. Trump’s tax returns get only one or two because there’s nothing new to report once Trump has made it clear he has no plans to release them.

So editors need to ask themselves if a story is getting overcovered solely because of the nature of the information drip, rather than because of its intrinsic importance. I may be partisan, as Spayd says, but I’d say that both the email story and the Clinton Foundation story have been overcovered for this reason. I don’t quite know what the answer is—the whole point of news is to report stuff that’s new, after all—but at the very least political editors should probably retain more perspective about how much attention to give to individual drips in long-running stories.