I understand why reporters don’t like to use the word lie. It’s emotionally charged. You have to be absolutely sure that you’re referring to something that’s flatly, factually wrong, not merely exaggerated or cherry picked. And you have to be sure that the speaker knows he’s telling a lie.

Those are the rules. They aren’t my rules, but that’s neither here nor there. What they mean is that very few statements from politicians qualify as lies.

But this is the very reason that reporters need to start using it in this campaign. Donald Trump has basically hacked the media, using their own customs and traditions against them. He knows he can say anything he wants 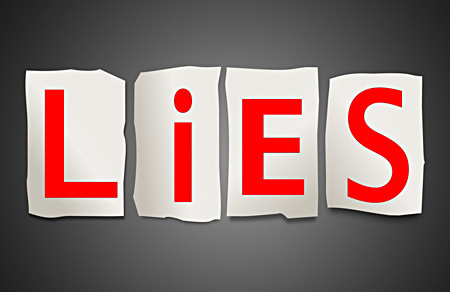 and will get away with it because reporters are so loath to call anything a lie.

But Donald Trump lies. He says Hillary Clinton started the birther controversy. He says Clinton has no policy on maternity leave or child care. He says we know nothing about Hillary Clinton’s religion. He says that crime is at record levels. He says the “true” unemployment rate is 40 percent. He says he saw thousands of Muslims cheering on 9/11. He says he opposed the Iraq War.

These things are plain and simple lies. Sure, it’s an emotionally charged word, but that’s the very reason reporters need to start using it. Because even by the strict standards of mainstream journalism, this is what Donald Trump traffics in. The public needs to understand that Trump goes far beyond normal political puffery, and the only way to do this is to take a deep breath and tell the truth: Donald Trump lies. Constantly.