I was chatting with a friend the other day about the different universes that liberals and conservatives inhabit these days. It’s not just that partisans become constantly obsessed with new shiny objects, but that their shiny objects are so wildly different. And very often, folks on one side have no idea that the shiny objects on the other side even exist.

Take today, for example. Here’s the home page at Drudge: 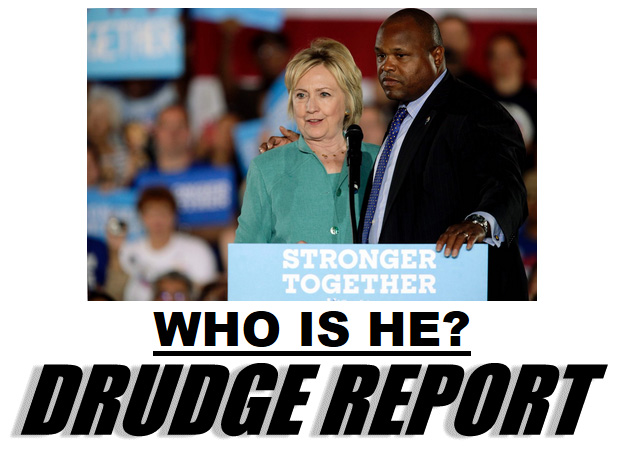 Spoiler alert: He’s the lead Secret Service agent on Hillary Clinton’s detail. The Secret Service confirmed this a month ago during yet another shiny object hunt, when they wearily explained that an object seen in his hand was a flashlight, not a diazepam injector in case Clinton had a seizure.1 Now, though, we’ve apparently moved on: the Drudge story—from the same lunatic who peddled the diazepam idiocy—suggests that the guy isn’t even a Secret Service agent. “Do you think the media will ever ask the campaign about this guy?” he asks in boldface, knowing they never will because they all know perfectly well who he is.

And just as Sean Hannity gleefully picked up the fake diazepam story, Drudge is now picking up the fake “not a Secret Service agent” story. It is this week’s conservative shiny object, and most people will never even know it’s making the rounds. But it is. This is your conservative media at work.

1This was—and still is—part of the crank conspiracy theory about Hillary Clinton having some mysterious disease that she’s hiding from the public, presumably to ensure that Tim Kaine becomes president when she keels over and dies.