Glenn Kessler landed himself in the perfect storm this morning: a tale of (a) Trump largesse, (b) told by Sean Hannity, and (c) confirmed by the Trump campaign. Already, you know it’s a lie. There are not enough Pinocchios in the world for something like this.

Not that it matters, but this particular fairy tale is about Trump sending his private jet down to Camp Lejeune in 1991 to ferry home some Gulf War soldiers whose military flight had been FUBARed. We all know perfectly well that Trump would never do something like this unless 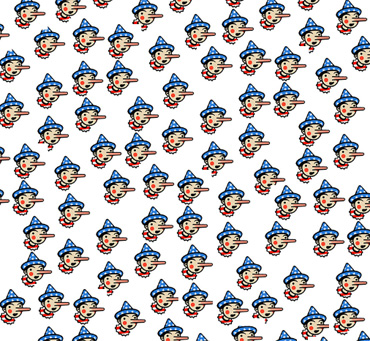 there was some kind of massive publicity tied to it, because Trump never engages in any charitable act unless there’s something in it for him. So it’s already about 99 percent likely to be fiction.

Sure enough, it turns out that the real story is just a demonstration of Trump’s lousy business judgment—something far more common than Trump’s acts of charity. When he bought the Eastern Shuttle in 1989 and turned it into the Trump Shuttle, he negotiated a terrible deal. Not only did he overpay, but he also accepted five extra planes he didn’t need instead of a lower purchase price. So the Army leased the planes from him and used them for various tasks in order to free up military planes. In 1991, they were assigned to ferry troops home from Camp Lejeune.

Does this matter? I suppose not, compared with insulting a Hispanic judge, attacking a Muslim family that lost a son in Iraq, and expressing his hope that someone will murder Hillary Clinton. But it’s sort of Trump in a nutshell: Take credit for a charitable act even though it’s a flat-out lie that’s trivially easy to fact-check and debunk. He doesn’t care. He know that guys like Sean Hannity will hype it to his credulous Fox News audience, and none of them will ever read Glenn Kessler. And if they do find out it was a lie, they won’t care. Trump 2016!

I award this story 58 gazillion Pinocchios.