It is a truth universally acknowledged that NBC is the worst Olympics broadcaster ever in history. Todd VanDerWerff explains why NBC is so bad today, and I was curious to 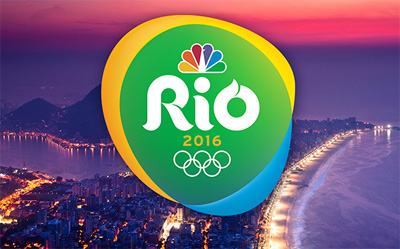 finally read a serious take on the subject. So what does he tell us?

First, there’s a bit of pro forma stuff about the broadcasts being racist and sexist, which I think we can safely ignore. Then VanDerWerff complains that NBC spends too much time on “tired storylines” about the athletes instead of just airing the damn sports. That’s odd. Is he watching the same Olympics I am? I’ve been surprised at the lack of canned mini-docs about the athletes and their families. It’s true that the ones I’ve seen are mostly gauzy feel-good stories—which VanDerWerff compares to the “homey, forced folksiness of a Ronald Reagan campaign ad”—but that’s hardly an NBC sin. Every sports network in America relies on this kind of thing.1

Beyond that, there seem to be three main complaints about NBC’s coverage of the Olympics:

I have opinions about all this, but it occurs to me that I should first take a poll. I know I have readers in other countries, and I’d like to know what the prime time coverage of the Olympics is like elsewhere. So let me know in comments. Are they tape-delayed? Are they oriented toward hometown athletes? Do the events get edited to remove dead time?

There’s no need to exaggerate or get outraged. Just the facts, please. What is prime time coverage like in your country?

1And needless to say, this was invented by ABC, with its “Up Close and Personal” coverage of the Olympics in the 70s.

2Obviously this is easier for some countries than for others. If you’re broadcasting from Denmark, there just aren’t all that many medal-contenders to focus on.